So I just ran speedtest at school.....

This is the place to discuss the latest computer hardware issues and technology. Please keep the discussion ON TOPIC!
Post Reply
203 posts 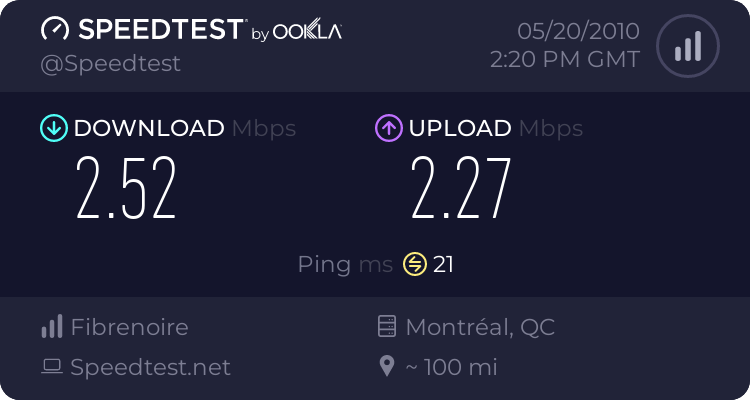 dang my school's is about 13down and 4up
Top 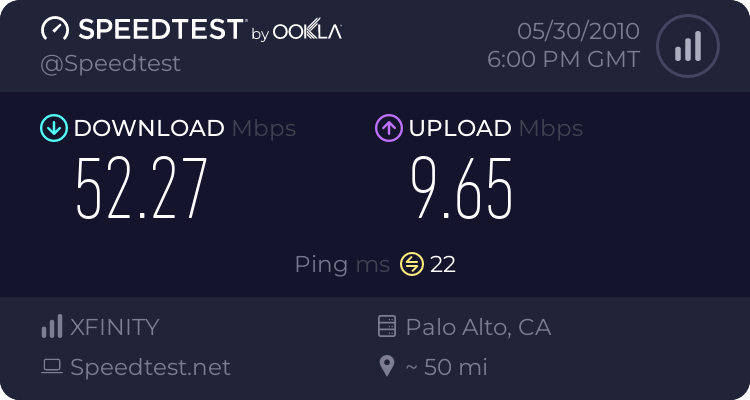 Cox must have gotten wind of my anger..it was less than half this the other day. 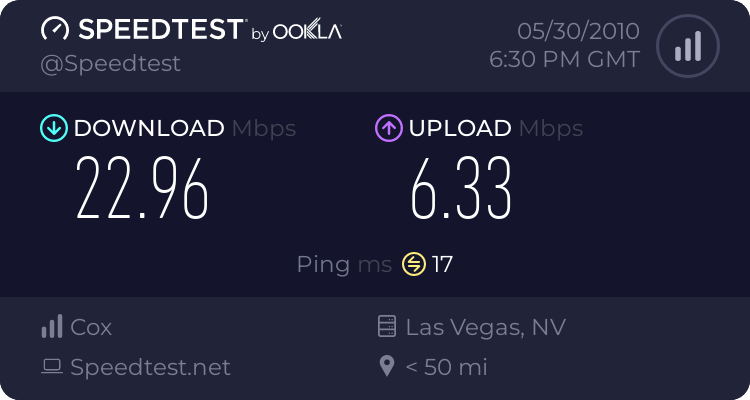 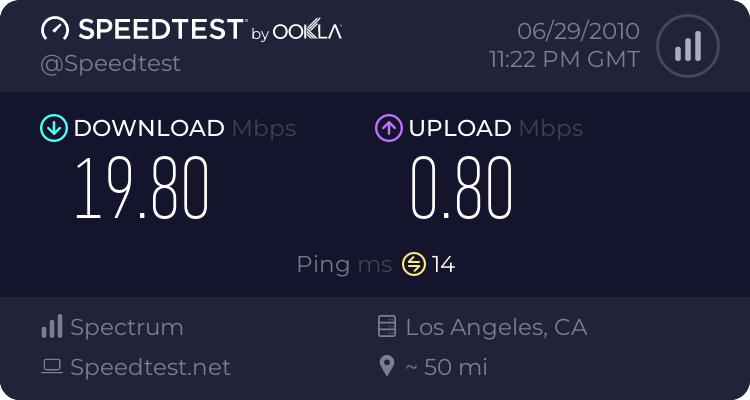 Ran this at home 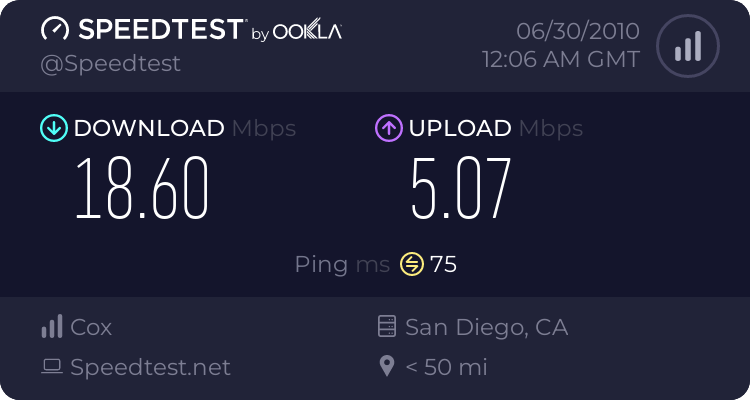 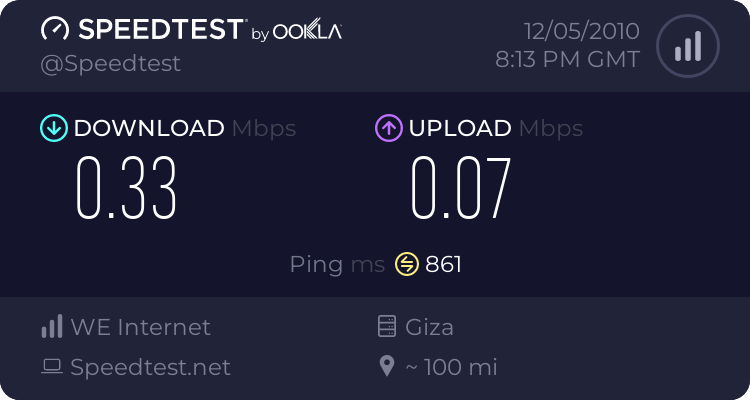 there is no way are pinging 861 to a server 50 miles away. either you are downloading something or someone else is, on your connection
-Austin

there is no way are pinging 861 to a server 50 miles away. either you are downloading something or someone else is, on your connection

No, just a 512 KB DSL Connection Shared Between 2 PCs and MY CR400 Laptop.
I took another test (the 2 computers were off )and I wasn't downloading any thing, just windows update installing some updates previously downloaded using a 4MB Connection (a Friend's) but I think that wouldn't affect the test, right ? So here is some tests using different servers: 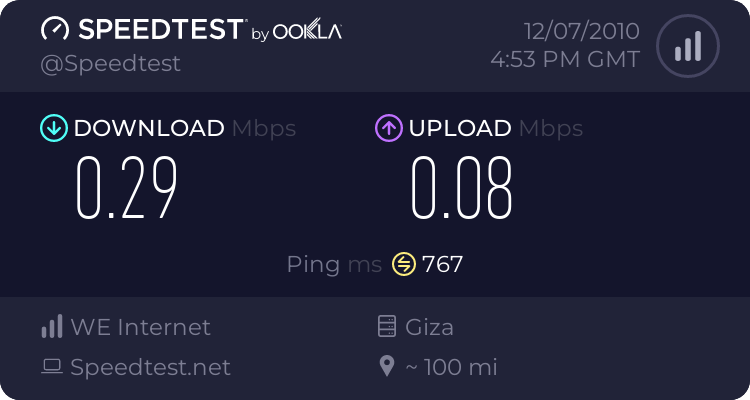 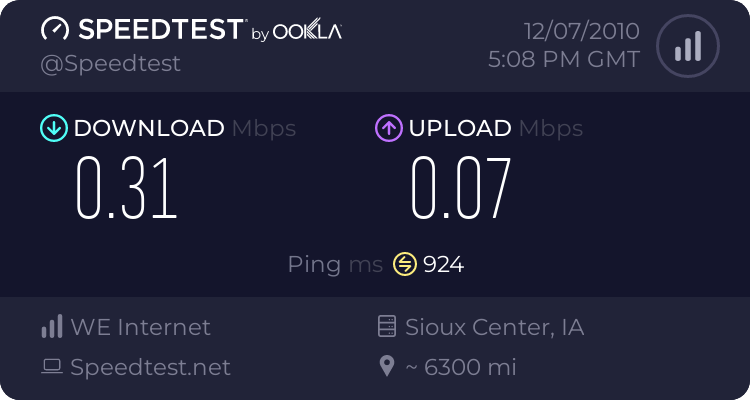 guess that is the first step above dialup
-Austin

skier wrote:good lord I had no idea there was such a thing as 512 kilobit and you aren't even getting THAT speed

guess that is the first step above dialup

Yes! It actually was 256KB then the provider upgraded it to 512KB without changing the cost, Do not forget that I live in Egypt, means that the internet speeds range from dail up 56k up to 24MB and price range from $18 for the 512kb and up to $455 for the 24MB (I converted the currency rate for you)

The first time I used the 256, I thought it was the fastest internet ever because web pages loaded at a snap, the ping was as low as 85ms, but after the under sea cable problem, even the 512 KB it self became as slow as the dail up, and you saw the results !

Oh and I forgot to say that when the undersea cable was ripped apart, the download speed was as low as 2 bytes per second and the ping was 143,000 ms !!!!
MSI CR400 Laptop

Hi all!
my speedtest results 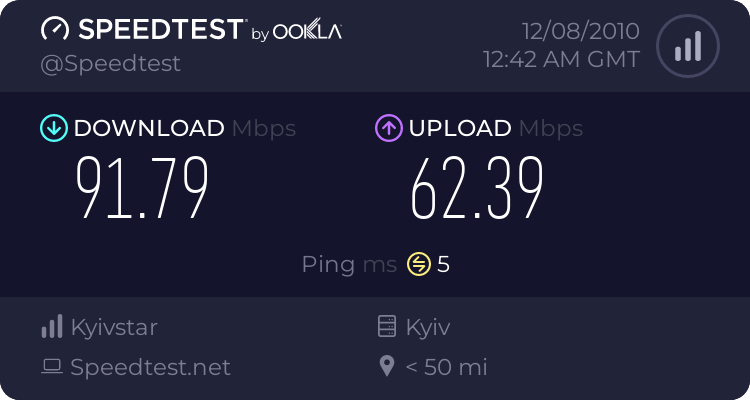 New ISP.... I hate Comcast's corporate crap and their throttling. But it still beats the DSL lines in my area. 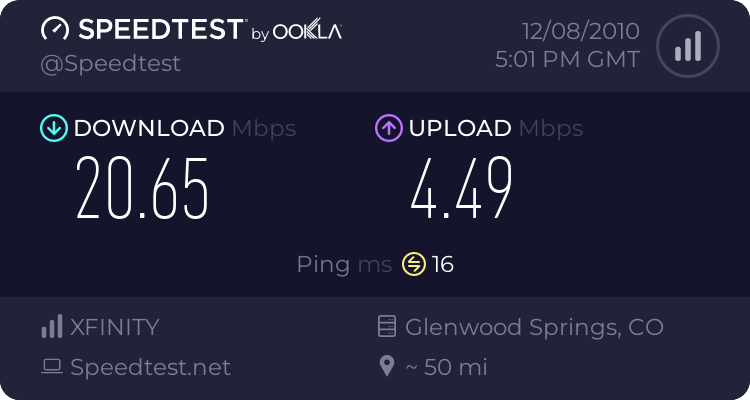 this is mine from maidenhead:

and now to LA: 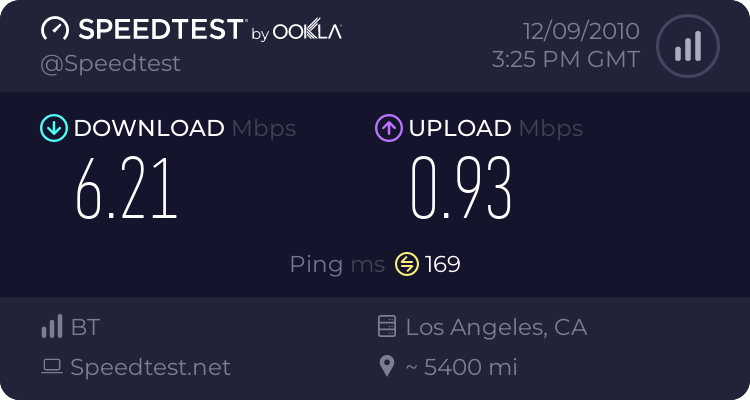 Once I find a connectable 4G network I'll upload the results.
Top

Once I find a connectable 4G network I'll upload the results.

almost as good as my broadband

i have better ping though
-Austin