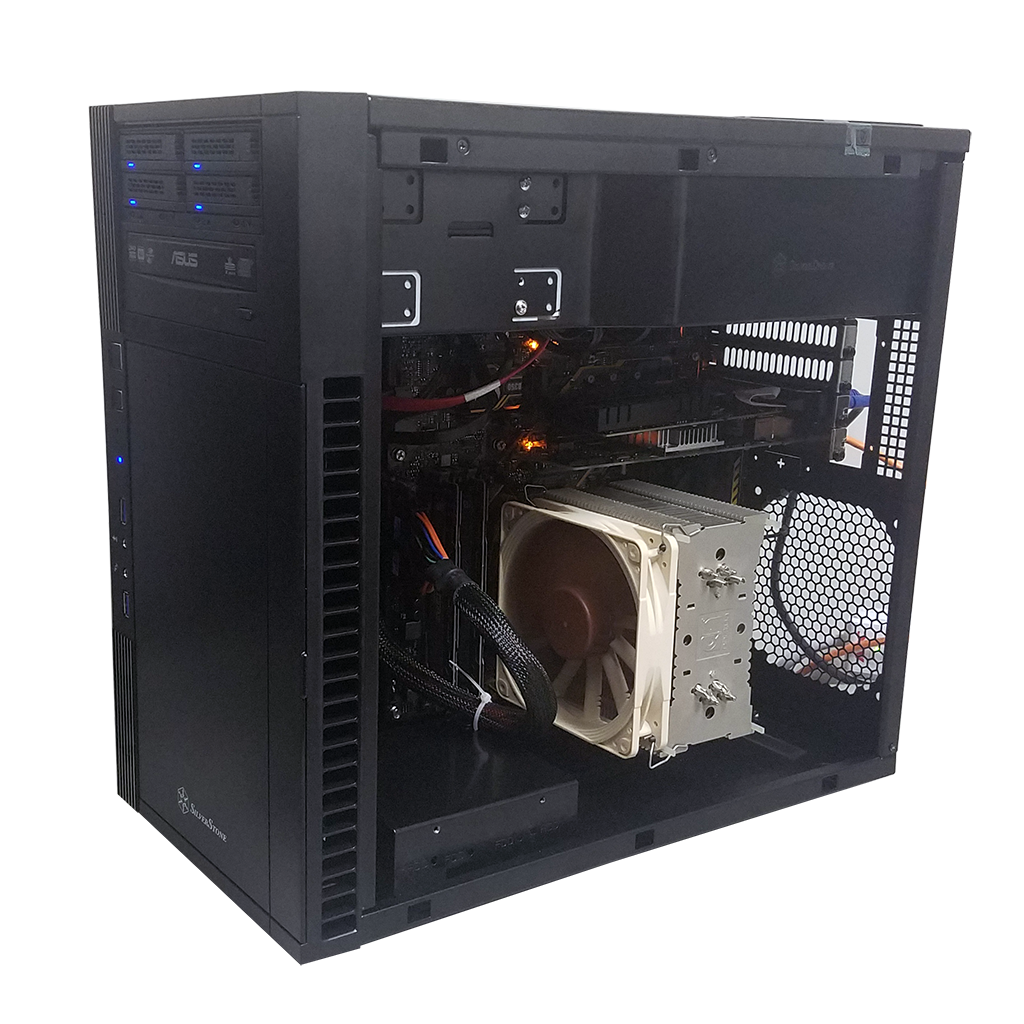 Decided that I needed a stand alone VM server at home to play around with. Started looking at old Dell R710/720 servers on Ebay and decided that the electric bill couldn’t handle going that route. That and EEC RAM and SAS drives are not cheap... So I dug through my junk pile and bought a couple parts. This will pull way less power and will be stupid quiet compared to a rack server.

Runs ESXI 6.7. Currently only have couple VMs on it. Need another 16GB ram.

by Apoptosis
Nice, how do you like Ryzen so far?

by KnightRid
Awesome! Hope everything is working great for you.

I also want to play with dockers, and kick the tires on Plex, and try out different IP security cam setups.

As for the Ryzen, I have not run one before, or run just a single install on it. I have it split up for the VMs. So far I like it. Handling everything I have thrown at it. For the money (Just shy of $600 for all bought parts) no way I could have done it with a cheap Xeon server and pull sub 100w at the wall. This thing idles at around 75w, and thats with a 6+ year old 1st gen HX650. Get me one of those new fancy platinum PSUs that might improve.

Next payday I'll pick up another 16gb RAM..

by KnightRid
I absolutely hate Plex. I have tried it multiple times and the transcoding is awful and seems to even do it on my gig network when it should not.

I would love a nice media front end (back end? whichever) that would allow me to browse by cover art or search using multiple areas (name, genre, rating, etc). Biggest problem with all of them, including Plex is depending how you ripped your movies to your NAS (hard rive whatever you used) it will not pick up the proper movie release and has the wrong information or else no information available, then you have to manually edit each one.

For linux, I love Linux Mint - easiest distro I ever used. Well for Linux. You still have to do the command line for WAY too much.
All times are UTC-06:00
Page 1 of 1
Powered by phpBB® Forum Software © phpBB Limited
https://www.phpbb.com/