A place to rant about politics, life, or just anything you damn well feel like telling others.
Post Reply
76 posts

hmm, I would consider switching the carb out for a hi-flow EFI system with a DFI system (preferably Jacob's Electronics MasterMind). You would definitely get better gas mileage, as it's all ECU-controlled, instead of linkage-controlled.

hmm, well you're off to a good start then, I would most definitely go with that setup I mentioned earlier since your engine is already set up for EFI, I don't believe you'll be sorry. Like computers, it would behoove you to do some in-depth research before buying components. 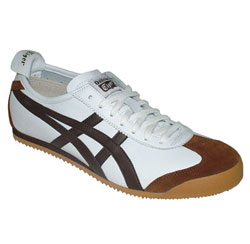 just my color too, is it a TDI, or just a regular Jetta?

I don't see the tdi badge, so i would be led to believe its the normal one ;)

doesn't say anything like 1.8T either? Also, what year model is it?

it's a vw passat

I don't really have any recent shots of it. Not much changed appearance wise. New tires, new rotors. The new rotors look sweet as hell, that I must add. So now I must get new shots!

I talked to the guy and he was shocked as hell! my neon is faster than your supercharged GTP :fin:

heheh, it may be electronically controlled, however, there is always the possibility of jumping out the limiter and really pumping out the horses

And man, I can't to get the opportunity to get my hands on a Charger SRT-8, which has 425 HP. That damn car has gotten my interest up ever since I've test-driven it. It will put you back in the seat, that's for sure.

I always wanted a fast car until I wanted a bike...

suweeeet, I have always been a fan of BMW motorcycles. They just have a style to them that's appealing. Never had the opportunity to ride one, but I rode on the back of one, and they are fast! Nice choice in bikes Joe

Nah... stock supercharger is pretty decent. The Gen 5, which is on the 2004+ models, is more efficient and can produce higher boost numbers than mine can. Mine can efficiently produce 10-13lbs to see peek performance. You can do more with it, but it's worthless. The Gen 5 supercharger has seen up to 20lbs of boost which is sick. Superchargers generally are really efficient around 12lbs, turbos can produce more, which means higher HP, but not as fast. If you understand superchargers and turbos, you'll know what I mean.

Anyway, Let's see here. Stock pulley size on the supercharger is a 3.8" pulley. Putting on the next size pulley down, a 3.4", will produce - on a stock setup - approximately 30HP and 50lb/ft torque to the ground. This has been proven, and I will gladly show you a picture of the dyno on request. Anyway, I'm running a 3.25" pulley, and plan to go to a 3" pulley. So, you can imagine how much more power that is.

Then you go to the PCM (Powertrain control module). That's reprogrammed for 6300RPM shift, 6500RPM rev limiter. The governor is removed, increased timing, fuel adjusted, and many many more things done to it. Stock PCM's have the speed limiter set to 126MPH in the GTP with shifts at 5850RPM and a 6000RPM rev limiter. Hmm... why would I go with increased shift points?

Then we look at the intake. Yup, CAI (Cold air intake). That is far less restrictive than the silly stock airbox. Plus, you get to hear that neat supercharger wine now.

Well, at the throttle body, there is a little "computer" hooked up to the sensors. What does this do? I can adjust my air/fuel ratio on the fly. This ensures I don't run lean or rich.

Then, look at the manifolds. Oh, they say SLP on them. That isn't stock! Headers! Woah!! Free flowing exhaust helps so much now.

Ok, so let's take the engine apart. Look at the valve springs. Heavier! These puppies will take the punishment from the increased RPM's that will be placed on the engine. Why change these? If you don't, you'll get valve float and a spring will eventually break, causing metal to get thrown at the pistons, therefore chipping and destroying them.

Well, let's go further down the engine. Oh, this doesn’t look stock at all. A bigger cam!

Yeah, you read that right, a stock setup. My car isn't near stock, so there are other things that will allow for more power.

So yeah, I got a few things done. Sorry for the longness of that, just felt like telling a story and getting you excited!

Apoptosis wrote:my neon is faster than your supercharged GTP :fin:

Fat chance. I know neons from the factory, including your SRT-4, can't beat down a 350HP monster.

Once I get money, time, and figure out why my car likes to misfire from time to time, I'll take her to the dyno. I know I can whoop down an LS1, I'm curious how I'd put up against an LS2. I think an LS2 would beat me, but I'd give him a good run. My car is an easy high 12 second car.

My car is common to low 14's in the quarter from the factory. I do see that some SRT-4's can hit very very high 13's, and that's hardly faster than a GTP in stock form!

Nate, get some mods on that thing and I KNOW those can be made fast as hell. They're so light!
"Bow down before the one you serve! You're going to get what you deserve!" - |\| | |/|
Top

someone here is either an automotive tech, or this is your secondary hobby! do you have forged components (rotating assy, etc.) for this boost, because you might need it to move to the 3" gear, considering you're going to have a shitload of boost going to that engine. I still like superchargers and blowers more so than turbos because of the spooling issue ( I know blowers and superchargers, with the exception of the centrifugal superchargers, can be parasitic due to running a belt and cogs, but it isn't that bad I don't believe). Hey, check this set-up out, I'm going to go all forged on my 350 I have now, and very cautiously try to set up a Weiland 871 blower (otherwise known as a Roots Blower). Going to go with probably a 120cc combustion chamber, don't know what size intake and exhaust valves yet, still looking. A 225/228, 510/510 cam might be in order, might go with better lift. Also gonna go with a 175 HP shot of Nos (direct port, but I might wait until I get that 572 crater that GM released not too long ago.) for intercooling effect. Going to couple that with a prog controller, a DFI setup like the Mastermind or Accel 7.0, beefier injectors, and a high-flow electronic fuel pump. BTW, the 572 with all these options can still run on pump gas, with good gas mileage surprisingly (around 20 mpg, maybe more), since car enthusiasts know that your fuel efficiency is only as good as your overall powertrain setup. This is my second love here, and believe it or not, all this is going into a 1989 GMC Suburban SLE. Also, billet accessories is a must on this one, especially the timing chain cover

. Tell me your recommendations on manufacturers. I already know I want to go with either Cyberdyne or Nordskog for my digital guages.