by skier
Not sure if any of you guys are car nuts, or car audio nuts, but here's the (long) skinny: I have a '97 Civic DX that I got this past fall with 120k on it, that I got for a cheap commuter because I was strapped for cash and my '93 Sable with 240k wasn't exactly keeping up with my 80mile+/day commutes (head gasket, and massive steering problems) so anyway, the civic had hit a deer and a large branch fell on the roof ontop of the rear driver pillar, so I decided to do basically a ground-up rebuild and repaint as it did need a number of things in addition to paint that looked 100x worse than the Sable. so into our garage it went, for a while. I only had time to work on it on the weekends, but when it started getting colder it was harder and harder to keep the Sable running (checking antifreeze and oil every morning and afternoon) so I rushed the paint a bit. or a lot. Normally I would have my dad do most of the work and I assist. but for several weeks before the Paint was on and for a month or two after my dad was across the country with my mom for work. so I had to do it myself if I wanted to drive it before New Years (the build started in September and I finished paint the last week of October)

I actually painted the car on Sat. oct 27th and drove it home to my apartment at about 11pm on 28th to drive it to work that week, with many things non completed and various issues (no dash lights due to mis-wiring the new Sony Xplod GT240 stereo I ripped out of the Sable), some exterior trim missing, paint all over the gaskets around windows and on the tires and door panels off among many others

but here is how she stands today right after a car wash finally after ~2months:
mid-build & after: 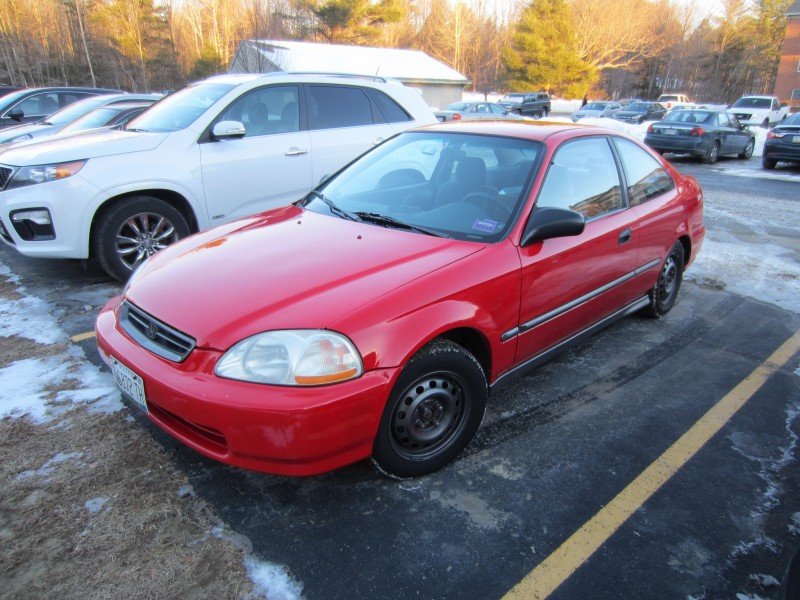 But the real reason for my post is inquiring about car audio, with regard to Amps and Subs. I recently purchased a Lanzar 2KW (1KW RMS) dual channel Amp, and currently have it hooked up to 2 of the cheapest subs on the face of the earth (750 peak, 150 RMS

) and am in the market for new subs.

I've been looking at Parts-Express as it is where I got the internals for one of my home speakers (10" Dayton woofer, 6.5 Dayton mid, Tang Band tweeter & 150w crossover) and am at a loss for what would be the best route.
its a tossup between one really nice Dual-voice coil subs or two nice single voice coils
I know some basics of audio- mainly that nice parts are very expensive

but what would be the most integral thing to look for, combination of power rating frequency response & Maximum Linear excursion?

for single voice coils one of best i've found is this BOSS Flat Subwoofer but it is 400w RMS and goes a bit high for frequency response and doesn't have the best excursion, though remarkably better in every way to what I have now for not too much $
Or I could get something like this with DVC Pioneer 1200w 350w RMS

But I guess I'm not sure what I should be looking for, because I've never used or seen anyone with DVC subs.

Thanks for any input!

by vbironchef
I have JL Audio amps and subwoofers. focal speakers and a eclipse head unit. Here's a suggestion, use as much Dynamat as you can afford.

by INeedAFnSuffix
How much can you afford? Focal speakers and JL subs are great if they are on discount, like my dad's friend did

About those flat subwoofers, it's a rule of thumb, a truckload more power (so a coincidental faster battery death) to drive it if you need more "thump" or "boom" in which the latters means loose response
And with sealed enclosures it's less efficient but it's tight. Of course vice versa with the ported enclosures which are pretty much what you will find
Maybe if you want to make use of the 1000W of one channel you can get 2 4 ohm DVCs and wire one of the drivers DVCs in series and in parallel with the other series DVC sub or you could just get 2 8ohm SVCs in any case because 1000W subwoofers usually cost a bomb for a simple reason : It's not easy to cool off 800W ... Speakers are at best 20% efficient if i remember correctly
As for SVCs vs DVCs nothing much really, DVCs just give you more flexibility in terms of wiring

Preferably a 12" sub is great, 10" not so much
I saw the 1600Wpeak and 500Wrms lanzar subs on parts-express not sure if you want them, for they look a bit too cheap for what they are
But most importantly this 500Wrms lanzar sub is 90db/W, not bad for a modern high power sub
http://www.parts-express.com/pe/showdet ... er=293-484

The only subs i like to use all the time are my antique JBL GT82Ds which have 93db/W but they only handle 100W, quite impressive in the 90s, driven by a then top-of-the-line Alpine V12 MRV-F400 amplifier
Times have sure changed but i like by sealed subs along with that extremely reliable Class B low distortion (even lower than your lanzar by a far margin) 400W+ amp