New DLC from Capcom for Resident Evil 5: Lost In Nightmares! 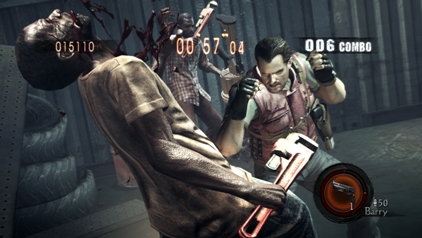 Capcom is pleased to announce the first downloadable episode for Resident Evil 5, “ LOST IN NIGHTMARES” is available today on Xbox Live and will be made available on PlayStation Network tomorrow, February 18.

B.S.A.A. agents, Chris Redfield and Jill Valentine have tracked down the location of Umbrella founder Ozwell E. Spencer’s mansion. Previously only told through cut scenes in Resident Evil 5, players now can experience the events that lead up to Jill’s “death”.

Not only is there a new episode but new playable characters are available for THE MERCENARIES REUNION. Consumers who download “LOST IN NIGHTMARES” will receive Excella Gionne and Barry Burton included as part of their download. Each character has their own unique weapon load outs, providing players with additional challenges as they shoot down as many enemies as they can within the time limit.