A place to rant and rave about all the current gaming titles!
Post Reply
2 posts • Page 1 of 1

Just got some tragic news from Capcom:


Our COO and dear friend, Mark Beaumont, passed away this morning. This sudden loss has left us with deep sadness. Our hearts go out to his family and loved ones. We will remember him for his humor, passion and commitment to Capcom and our industry. He was a great leader and visionary and his spirit will carry on in everything that we do. Please join us in memory of Mark.

Thank you for your attention and ongoing support of Capcom. 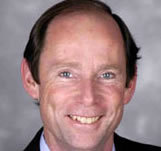 A Bio on Mark Beaumont:


Mark Beaumont has been a leader in the gaming industry for over 20 years, holding positions with many prestigious and successful gaming companies - Atari, Activision, Data East, Mindscape/The Software Toolworks, Time Warner Interactive and Sony's Psygnosis.

In November 2005, Marc Beaumont joined Capcom U.S.A. as Senior Vice President of Sales and Marketing. In January 2007, he was promoted to Executive Vice President, Officer and Head of Consumer Software Publishing in North America, South America and Europe.

Re: Capcom COO Mark Beaumont Passed Away This Morning

MEGARACE!!! Oh man, now I'm sad about his passing, I loved that game