You can find all the latest computer hardware press releases in here.
Post Reply
5 posts • Page 1 of 1 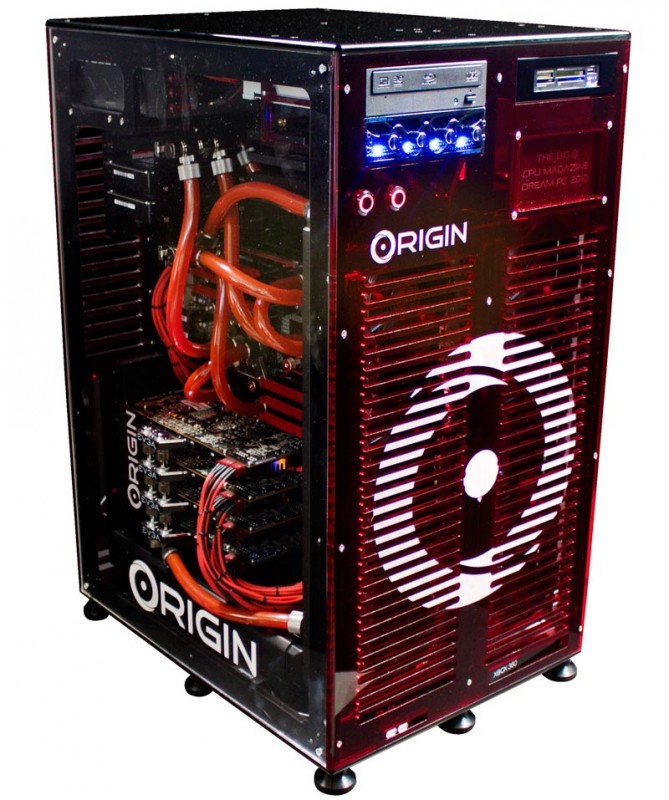 Miami, FL – September 7, 2010 – ORIGIN PC is proud to unveil The Big O, their latest creation designed for dominance and destined to make high performance computing enthusiasts and gamers to drool uncontrollably. The Big O fuses the capabilities of the fastest computing hardware on the market, ORIGIN’s expert overclocking, and a built in Xbox 360 to create the ultimate gaming weapon. 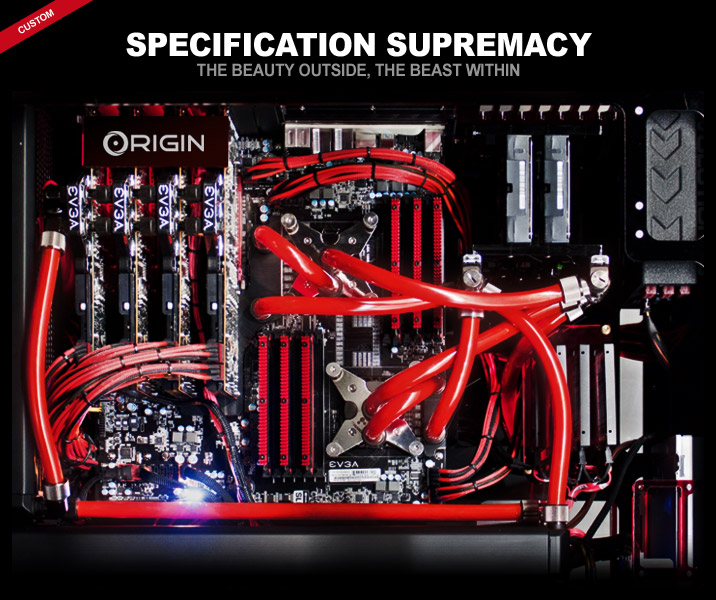 The Big O is featured in CPU Magazine’s annual Dream Machine review roundup, an epic competition between system builders. “If you want the ultimate PC, the Big O is it” said CPU Magazine. “By integrating an Xbox 360, the Big O offers everything and the kitchen sink.” 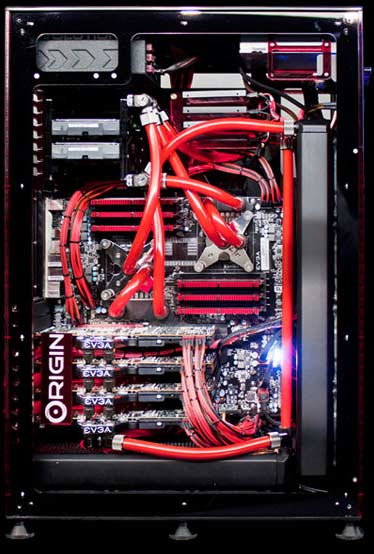 Absolute Power – With Intel’s Xeon X5680 processors there is nothing you can throw at The Big O that will slow it down. Each X5680 features six-cores, twelve threads, supports ECC memory—and that’s before we add a second CPU and overclock it to a lighting fast 4.3GHz. Add in up to 24GBs of Corsair GT 2000MHz memory and then dare any computer task to slow down your Big O.

Quad Damage – A strong core with excellent liquid cooling is the key to lasting performance and EVGA’s GeForce® GTX 480 FTW graphics cards delivers the best graphical power money can buy. This power is multiplied in a SLI multi-GPU configuration creating the most immersive visuals imaginable in gaming and beyond. The Big O provides the unmatched graphics performance that will shatter any benchmark thrown at it. 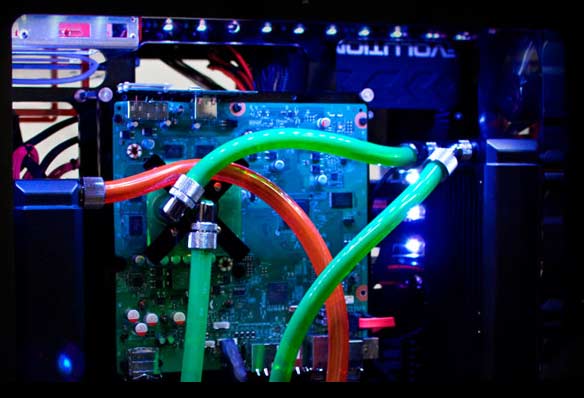 The X-Factor – To empower gamers with the most comprehensive gaming platform on the planet, ORIGIN integrates a liquid-cooled Xbox 360 slim directly into each Big O. Every Big O system is strategically modified so the Xbox ports are easily accessible with liquid cooled processors for extreme performance. You can even game on the Xbox 360 while your computer is busy dominating whatever other task it is assigned.

“The Big O will satisfy the demands of even the most power hungry gamer, but when you create the ultimate personal computer system it has to be designed to go above and beyond gaming” said Kevin Wasielewski, CEO and Co-Founder of ORIGIN. “From the hottest games on the market to digital video editing and 3D rendering you will have the power to perform at every level. To have the best you have to build using the latest in computer technology that guarantees unmatched performance and that is exactly what you get with the Big O.”

“Wow, we can honestly say we’ve never seen a system like the Big O before,” said Ujesh Desai, general manager of the GeForce GPU business at NVIDIA. “The components selected by ORIGIN, including up to quad GeForce GTX 480 GPUs will definitely have gamers salivating for the win.”

The Big O features a 1 year free shipping and free part replacement warranty backed with the best in class integration, quality testing and support. ORIGIN offers a free life-time phone and online service guarantee and each customer has a dedicated support team and free life-time labor for upgrade needs. Pricing for The Big O starts from $7,669 and can be configured one on one with an ORIGIN specialist through http://originpc.com/thebigo-features.asp. 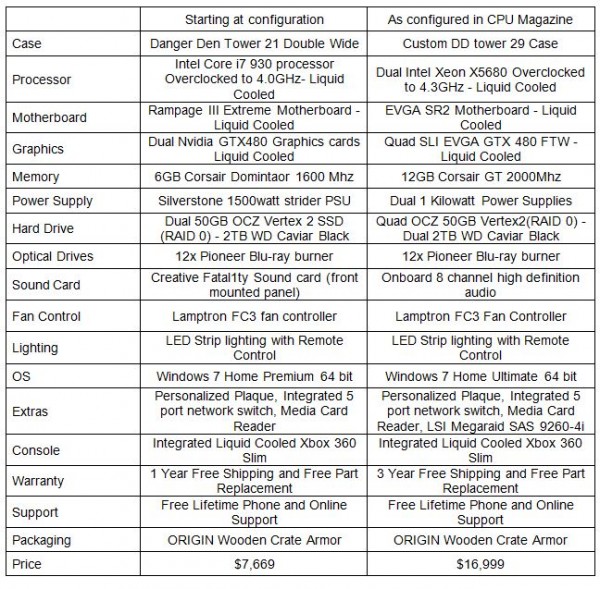 ORIGIN builds custom, high-performance desktops and laptops for hardware enthusiasts, professionals, and gamers. ORIGIN PCs are hand built, tested, and serviced by knowledgeable gaming enthusiasts, industry veterans, and award winning system integrators. Their staff is comprised of award-winning, experienced experts in the gaming and PC markets who want to share their passion with other enthusiasts. ORIGIN is located in Miami, FL and ships worldwide. For more information, please visit http://www.ORIGINPC.com or call 1-877-ORIGIN-Ø.
Find us on Facebook to discover the faces behind the names!
Follow Me on Twitter!
Top

"I think sharing is overrated...and helping others. And what's all this crap I've been hearing about tolerance?"
Top
Post Reply
5 posts • Page 1 of 1