Vince "k|ngp|n" Lucido is one of the worlds top overclockers out there right now. During a session in the test lab while working with some extreme cooling, he was able to break past the previous world record of around X12200 in Futuremark 3DMark 11 Extreme. During the Extreme overclocking session he was able to set a new world record of X12,554! The hardware he was using consisted of an EVGA E779 X79 Classified motherboard, Intel Core i7 3960X, and four of EVGA’s CLASSIFIED GeForce GTX 580 ULTRA Graphics cards! K|ngp|n says that he's not done yet, and will push to break the X13000 Score in the weeks to come! Best of luck!

3DMark 11 is the latest version of the world's most popular PC benchmark. This new benchmarks has a few preset settings within the tool to let you customize the benchmark to match the horsepower of the machine; the 3DMark 11 Extreme (X) setting is a true test for enthusiast hardware with a 1080P resolution, 4x MSAA, 16x Anisotropic Filtering and visuals that are cranked up.

EVGA hardware continues to break new world records in the area of high performance computing; a true testament to the dedication that EVGA has to enthusiast PC hardware. 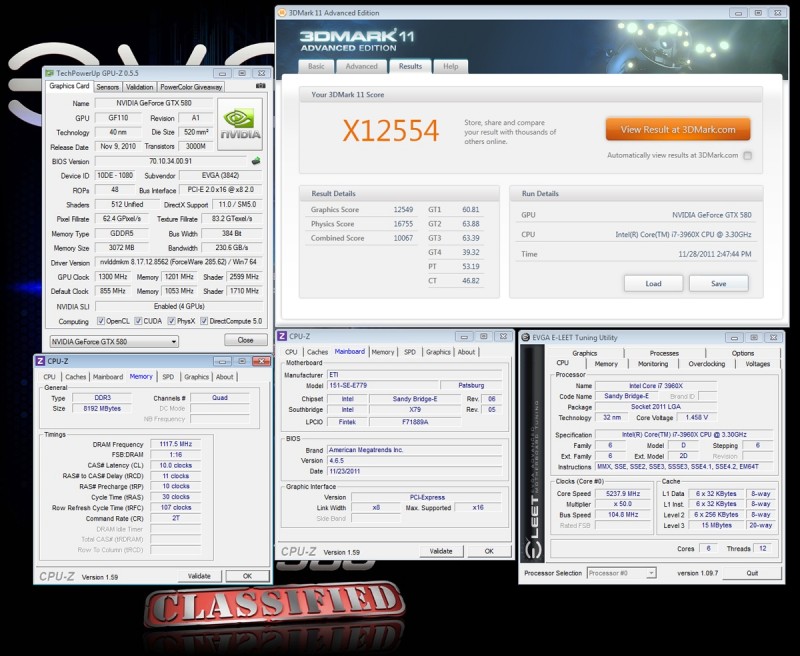 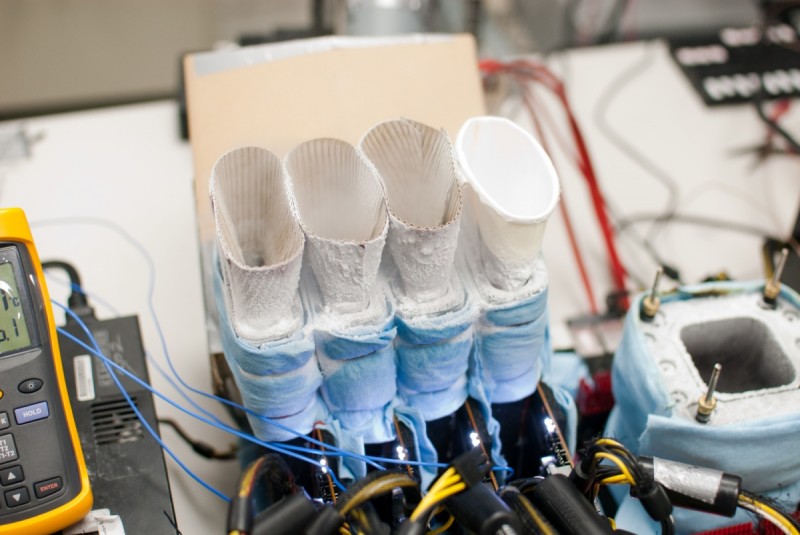 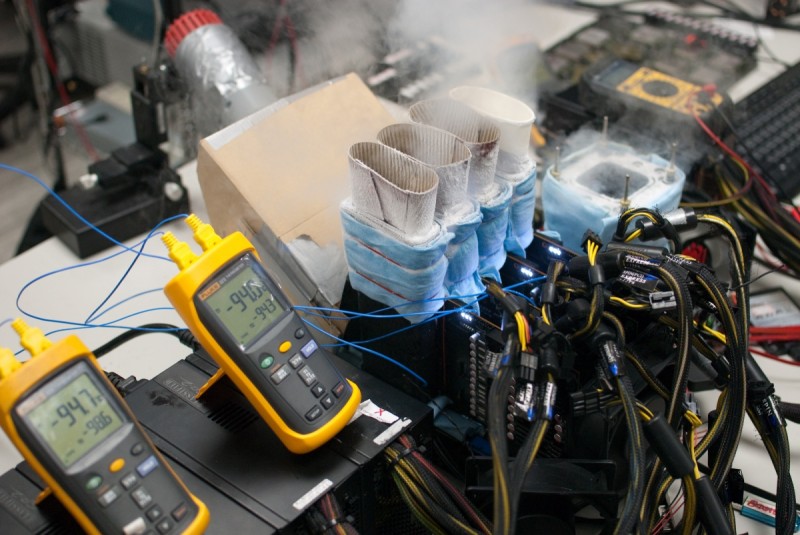 But I had to lol at the dixie cup funneling LN2 into one of the GPUs. Even a world champion overclocker sometimes has to improvise.