ORIGIN PC IS THE EXCLUSIVE GAMING PC PROVIDER FOR IPL 5

ORIGIN PC IS THE EXCLUSIVE GAMING PC PROVIDER FOR IPL 5

The Official IPL PC is Available now from ORIGIN PC 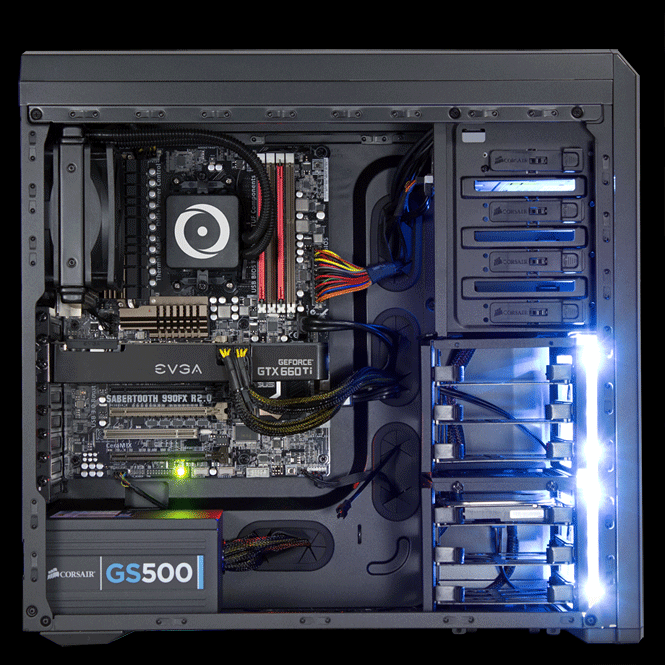 "Like with any sport, we want to enable the best possible playing experience, and to do that we want to outfit our pros with the best possible equipment," sible equipment," said David Ting, founder of the IGN Pro League. "ORIGIN PC's state-of-the-art machines will help players perform at the top of their game. We're thrilled to have them on board as a partner that will help raise the bar on the level of play at IPL 5."

The IGN Pro League reached out to ORIGIN PC seeking the ultimate gaming desktop for use at IPL5 to provide performance, power and stability throughout the entire competition. ORIGIN PC has answered the call and produced a custom gaming desktop to go the distance and provide the tools needed to establish the world's top gamers.

"We are huge fans of ORIGIN PC, and the speed and power of their custom high-performance systems desktops are in a class of their own." said Andy "Reginald" Dinh Team Captain of Team SoloMid.

The Official IPL gaming desktop from ORIGIN PC has been configured, built and tested to endure the fierce battles of IPL5 and will be offered exclusively through IPL and ORIGIN PC. All gamers looking for the ultimate gaming PC that is actually used by professional gamers can purchase the actual machines from IPL 5 or they can custom build their own IPL PC here: OFFICIAL IPL PC .

All Official IPL PCs come with ORIGIN PC's industry leading FREE 24/7 Lifetime Technical Support based in the United States. The components inside the Official IPL PC have been hand selected from the best manufacturers worldwide including Corsair, AMD, Kingston, Seagate, EVGA, NVIDIA, and ASUS.

The Official IPL PC exclusively from ORIGIN PC Starts at $1199 with the following specs:

"The Official IPL PC from ORIGIN PC has been engineered and tested to provide the best performance, power and stability demanded by professional gamers and we're excited to exclusively offer it to all gamers worldwide." said Kevin Wasielewski ORIGIN PC CEO and co-founder. "IPL 5 is going be one of the biggest North American e-Sports events in history and we are proud to equip all of the best players with an ORIGIN PC to help them be victorious."

IPL 5 will mark the latest in a series of live eSports events hosted by IGN Entertainment over the last year. IGN's first live tournament, IPL 3: Origins, was held last year at Caesars Atlantic City, offering a prize pool of $120,000, and IPL 4 took place at The Cosmopolitan of Las Vegas, offering a prize pool of $150,000. With the IGN Pro League franchise, IGN's goal is to help legitimize video gaming as a profession that can produce the next generation of sports stars. For more information on IPL 5 and to purchase tickets for the event visit http://www.originpc.com/Desktops/Gaming ... YSTEMID=17

About ORIGIN
ORIGIN builds custom, high-performance desktops, workstations, and laptops for hardware enthusiasts, digital/graphics artists, professionals, government agencies and gamers. ORIGIN PCs are hand built, tested, and serviced by knowledgeable gaming enthusiasts, industry veterans, and award winning system integrators. Every ORIGIN PC comes with free lifetime 24/7 support based in the United States. The ORIGIN PC staff is comprised of award-winning, experienced experts in the gaming and PC markets who want to share their passion with other enthusiasts. ORIGIN PC is located in Miami, FL and ships worldwide. For more information, please visit http://www.ORIGINPC.com or call 1-877-ORIGIN-Ø. (674-4460)

Re: ORIGIN PC IS THE EXCLUSIVE GAMING PC PROVIDER FOR IPL 5