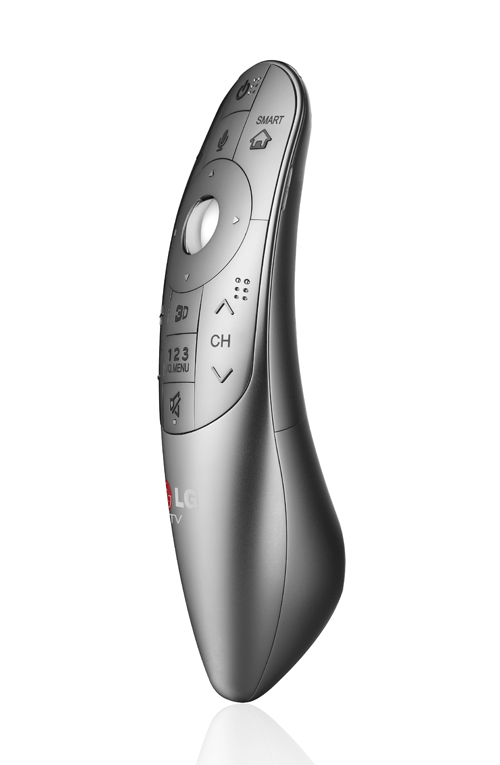 “LG is committed to providing innovative home entertainment solutions and the Magic Remote is a key pillar of the CINEMA 3D Smart TV user experience,” said Havis Kwon, President and CEO of the LG Electronics Home Entertainment Company. “Building on an already impressive feature set, the latest version boasts accurate language recognition and its gesture, wheel and point control options makes the Magic Remote stand out amongst its competition as a truly intuitive device.”

The LG Magic Remote’s sophisticated voice control technology makes issuing a verbal command to the TV both simple and effective. New Natural Language Recognition software makes giving voice commands as easy as regular speech and allows the user to talk in a more conversational manner. No longer is there a need for an awkward pause between the command and the title to be viewed, users can simply say “Show me Gangnam Style video” and the new Magic Remote will understand.

As the heart of the home theater experience, the new LG Magic Remote serves as a universal control solution, maximizing convenience for the user with its ability to access and control an array of home entertainment equipment. All devices ranging from Smart TVs, set-top boxes, sound bars and Blu-ray players can be effectively managed with just one Magic Remote in the living room. With the point feature, the LG Magic Remote becomes an extension of the human body, making it an ideal motion-based video game controller. The wheel control is perfect for scrolling up and down web pages or zooming in and out when using applications such as Google Maps. And by making specific gestures with the remote, users can quickly access oft-used menus or perform frequently needed functions, saving valuable time. For example, a viewer can switch to a favorite TV channel just by writing the number in the air.

The Magic Remote comes in two highly functional models -- one ships with LG’s premium CINEMA 3D Smart TVs and the other with the company’s standard CINEMA 3D Smart TV models. The premium Magic Remote features LED back-lit buttons for easy operation in the dark and also sports a more compact design, making it easier and more comfortable to hold. Commonly used buttons have been thoughtfully repositioned, resulting in an even more natural and enjoyable user experience.

I used the original version and it was a pain in the ass. They really just need to focus on picture quality and better apps and stop with all the motion and voice activation crap. Waste of time and money IMO.
Top
Post Reply
2 posts • Page 1 of 1