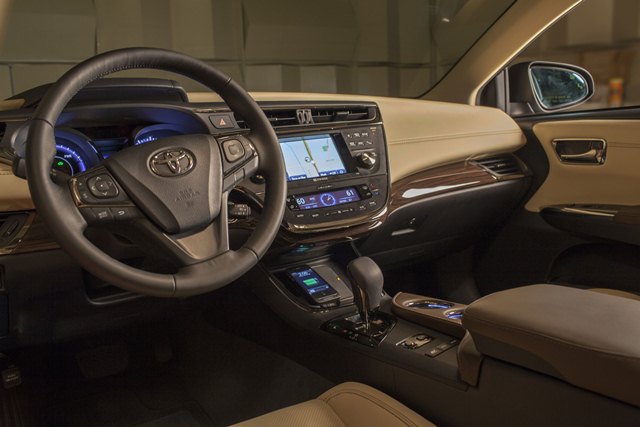 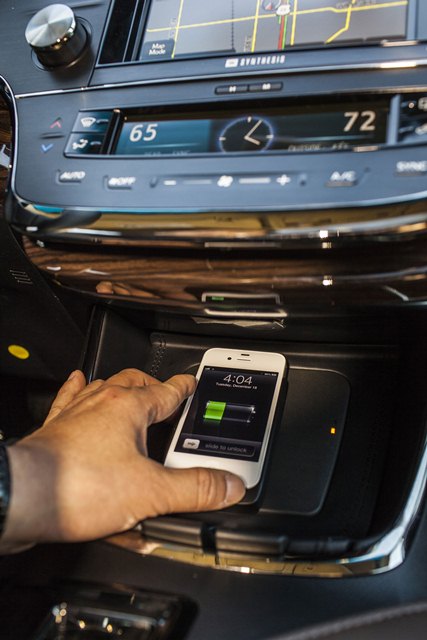 TORRANCE, Calif., Dec. 19, 2012 – The 2013 Toyota Avalon Limited will be the first vehicle available in the world that offers in-console Qi wireless charging for Qi–enabled mobile phones and devices as part of a Technology Package, available for both the gasoline and hybrid version of the new Avalon Limited, which also includes Dynamic Radar Cruise Control, Automatic High beams and a Pre-Collision System.

Qi is the global standard for wireless power and charging. With Qi, devices can be charged just by placing them on, or near, any Qi-enabled surface. Any Qi-enabled device works with any Qi charger, regardless of brand or manufacturer.

The Avalon’s wireless charging pad is integrated into the ebin® lid situated in vehicle’s center console. The system can be enabled by a switch beneath the lid, and charging is as simple as placing the phone upon the lid’s high-friction surface.

Supplied by DENSO, the Avalon’s wireless charging system relies on technology developed by ConvenientPower and Philips Lite-on Digital Solution (PLDS), and it will elevate the high technology experience of the new Avalon sedan.

“Pioneering the ability to charge with no wires or connectors by simply putting devices in the car console is an intuitive innovation which reflects Toyota’s continuing commitment to improve the consumer experience,” said Randy Stephens, chief engineer of Toyota Avalon. “We see wireless charging as an important feature that helps enhance the high-technology theme and consumer interface offered by Avalon Limited which is already equipped with three TFT color screens and Intellitouch™ controls.”

The new dramatically-styled 2013 Avalon arrived in showrooms the beginning of December. This new Toyota flagship sedan features improved dynamics, an athletic exterior design, and a modern yet elegant interior that surrounds occupants with premium materials and a high level of craftsmanship. This latest Avalon is also the first available with Toyota’s Hybrid Synergy Drive that offers a combined EPA-rating of 40 mpg.