In March of 2008 Microsoft released the Windows Vista SP1. Over a year later you are now treated to the next stand-alone Vista Service Pack. Vista SP2 has been already available to MSDN and TechNet subscribers, but now it is available to all. The new update has a ton of improvements, so I'll just list a few of them... download SP2 here.

* SP2 adds support for the 64-bit central processing unit (CPU) from VIA Technologies, which adds the ID and vendor strings for the new VIA 64-bit CPU.
* SP2 integrates the Windows Vista Feature Pack for Wireless, which contains support for Bluetooth v2.1 and Windows Connect Now (WCN) Wi-Fi Configuration. Bluetooth v2.1 is the most recent specification for Bluetooth wireless technology.
* SP2 improves performance for Wi-Fi connections after resuming from sleep mode.
* SP2 includes updates to the RSS feeds sidebar for improved performance and responsiveness.
* SP2 includes ability to record data to Blu-Ray Disc media.
Find us on Facebook to discover the faces behind the names!
Follow Me on Twitter!
Top

• Boost your power management efficiency by as much as 10 percent

So far it looks like my laptop battery is going to last longer... interesting. 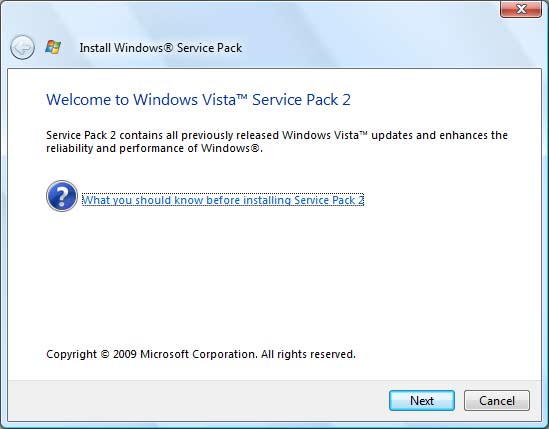 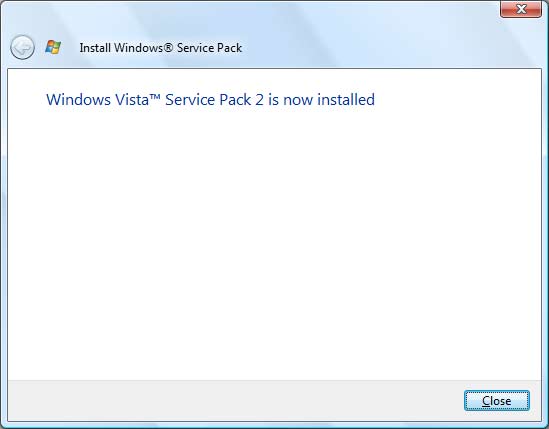 Jason: "How much does it pay?"
Citizen: "Well, none of our other sheriffs ever lived long enough to find out."
Top

Windows update found it for me. :D
Joe
Top