by Apoptosis
A new version of GPU-Z has been released. Grab the latest version here: http://www.techpowerup.com/downloads/22 ... 0.6.8.html

GPU-Z is a lightweight utility designed to give you all information about your video card and GPU. 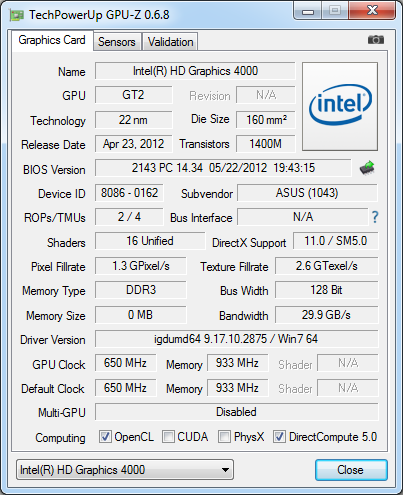