As you are probably already aware, Monday AMD announced the immediate availability of the Quad-Core AMD Opteron Processor. In conjunction with the launch, AMD also provided updated guidance on the highly-anticipated, true quad-core desktop processor, AMD Phenom, with an expected shipping date of December and officially unveiled the AMD Phenom processor logo.

Building off the same innovative architecture as the Quad-Core AMD Opteron Processor, the AMD Phenom quad-core processor family will usher in the next generation of desktop PCs.

Here are the logos 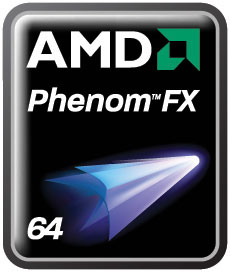 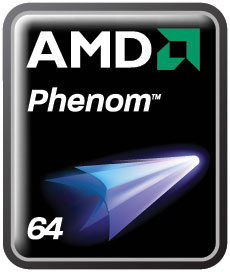 I haven't know any processor models from intel since the P4, since I've been using AMD since the K6-2 Processor. With saying that, let's hope that these logos will not be the logos representing a crappy processor so I won't have to go to Intel and forget what AMD comes out with next. It kinda looks like one of them "It's not going to be good" processor logo.

Only reason why I say that cuz of the comments I've been hearing about the oem server processor.
-- top
Top

Strange, I thought this was going to be the logo for Phenom:

LOL
But instead it looks like they're pissing into the wind ;)
Top

HONkUS wrote:Strange, I thought this was going to be the logo for Phenom:

Now seriously, the logo (I mean the "original" one

i hope the phenom will fill all the promises
My Blog http://heroesonboard.blogspot.com/
Top

Great name for a new processor!

Is it just me or is it kinda suspicious that when intel came out with Quad core they put it on LGA 775 socket? Seems like the smaller socket would impair the performance.

Most of the socket's pin are for power and ground, nothing to do with performance.
Top
Post Reply
8 posts • Page 1 of 1