Want to show off that smoking system or your latest creation?
Post Reply
43 posts

so im starting to plan a new case mod, based on rally racing, specifically Andrew Comrie-Picard's Mitsubishi Evolution(because i wanted a change in color, and red is the logical choice, and im a fan of Mitsubishi....and have an ACP signed poster(specifically for me) from the forest rally last year)

*This may not happen, pending if i actually review a solid case(supposed to have reviewed two over winter break, but no go)

the main reason for a new mod is because the expansion port screw-holes are stripped where the first GPU goes in my antec case, so its not fastened at all, and i certainly dont want to keep it like it is, because if you pull on the VGA cable, it'll pull the card right out of the slot(well not entirely, but enough to screw it up)

im gonna get this case because it is easily mod-able, simple, cheap, and i don't have to paint most of the case for what i want to do to it 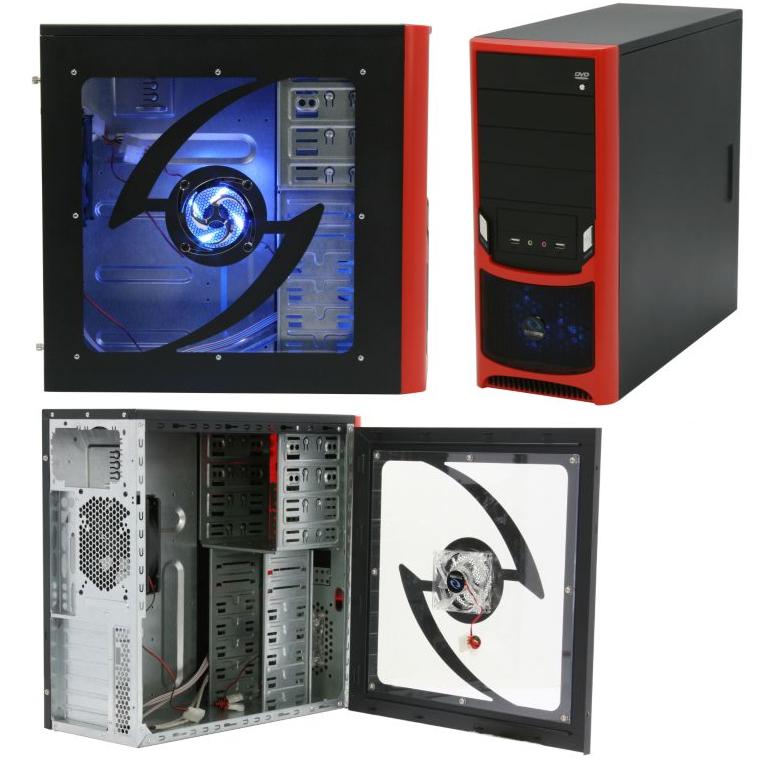 as you can see, the pattern in the window is just the metal, so i'm gonna hack that off(and the plexi will look fine) and replace the 80mm blue case fan, with two 120mm red LED fans as such, with these other pieces implimented as well: red cold cathode 12", red LED lights 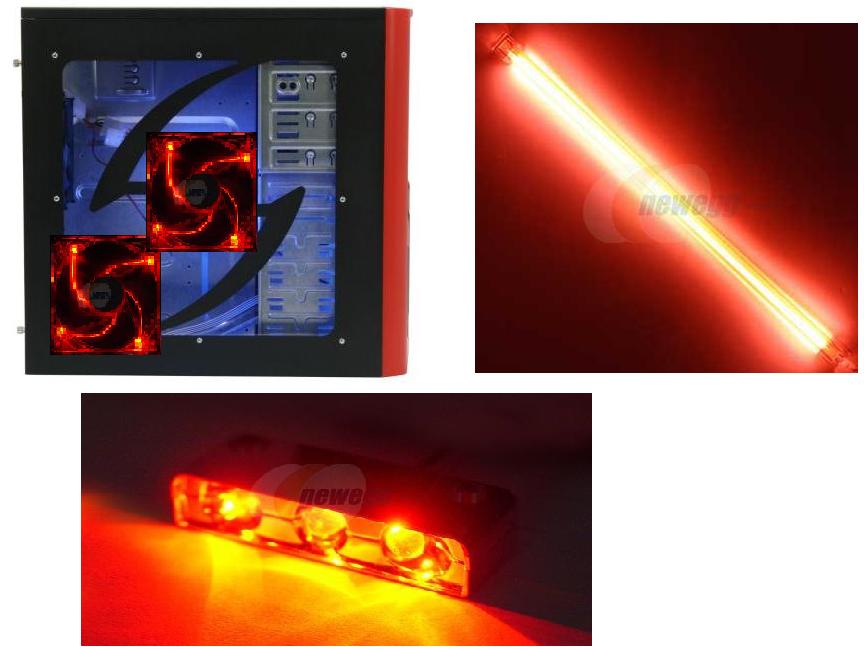 i'll prolly end up painting the whole thing in an ACP color Scheme,

not this one, lol:

tell me what ya think!
-Austin

Red is a good color. I think you will like it. I had doubts about red myself but when I finished all the red lighting in my case, I was very pleased. unfastened video card is a scary thought

Ditto to what ace said, I was always partial to blue but after my case mod red looks quite nice.

the accessories get here at the end of the week ;)
(i needed a 120mm case fan to use as a replacement in a PSU(brand new CoolerMaster 550W PSU, fan was really loud for the first couple months i had it, so i rarely used the unit, then one day it just died in one of our computers(good thing it did when i happened to be on vacation from school)) so i decided, i may as well get ramped up for it, and not need anything aside from a case to rape me for shipping with)
-Austin

got the accessories today, heres how they look against the inside of my desk, the Cathode produces an absurd amount of light, i'd say its closer to dark orange, but i don't mind, its still a good color, and will do most of the lighting inside the new case,

Nice. Wear dark glasses when staring at the cathode

You using Coolermaster or Yateloon fans?

I'm excited to see how this turns out. My next rig might be red inside to contrast w/ my current one so I'll def be following this thread.
Top

how easy/hard is it to pull the rivets and redo them/is it worth the time?(i'm painting the inside gloss black with engine enamel)
-Austin

Not hard at all, you just drill them out to remove and buy a pop rivet gun to replace them.

i think that's what i'll do as its not like i don't have a case im already using so i can take my time and make it look as good as possible(also, the first time i slid the main door off, it popped a rivet off!!)

also, should i plug these vents up? bottom of case, and it will likely be on a carpet a majority of the time:

what should i do with the vents guys?

*chassis currently in pieces, wondering if i need to bondo the vents up before i can paint anything*
-Austin

I would seal it up if it's just going to sit on carpet the entire time.
Top

waiting for the last parts to dry for the inside now, i assembled some of it, but the rivets made the paint chip

after a bit of bondo:

discovered a pretty poor design flaw, only on one end of the bottom panel:

didn't use enough hardener in a layer:

painted some and assembly:

so i repainted the back to fix it, because it is only place that will be visible with the chips, why not, came out pretty good, bad pic w/flash tho:

hacked off that little accent piece for the side fan, left with this:

now for the plexi:

got both holes cut and screw holes drilled, still need to cut into the side panel

new concept: it'll be focusing on this:

i blew it up to fit on 4 pages, and 2 pages, i'll see which fits better, it'll go on the door that's behind the mobo tray, and what i'll do is mask off the cars and the jump and make an outline shadow with black spraypaint
-Austin