Who wouldn't like an Imperial AT-AT PC case? This one was modded by Sander van der Velden ASPHIAX. He crammed not only a zotax z68 mini itx motherboard, intel 2600k, 8Gb vengeance ram, Sapphire 6870 gpu, and Crucial SSD into it, he also water cooled it. The water cooling consists of Koolance 370 CPU and mosfet waterblocks, Heatkiller NB/SB waterblock, XSPC pump, 2 x 240 radiators, 4 x 120mm Enermax Fans, Scythe Mediabay with fan controller. He also tells us that it features a remote controlled (old hdmi switcher remote) Arduino microprocessor that is connected through USB to the system and runs 2 x 5mW red lasers that have been installed in the forward cannons in the head.

The build is impressive. Now that some performance Mini ITX options are starting to show up wont be long there will be some rather cool builds, even our own fearless leader Nate has started his own water cooled Mini ITX build packing an Intel Ivy Bridge 3770K CPU.


Here is some images of the Imperial AT-AT build 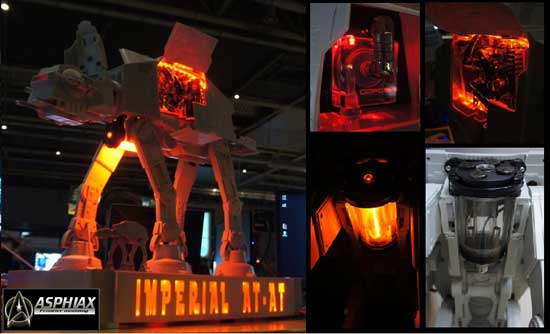 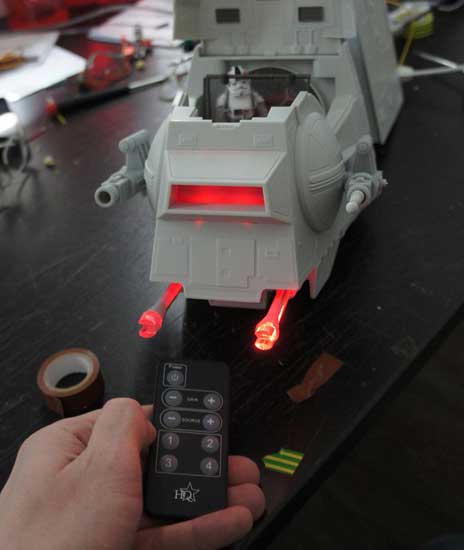 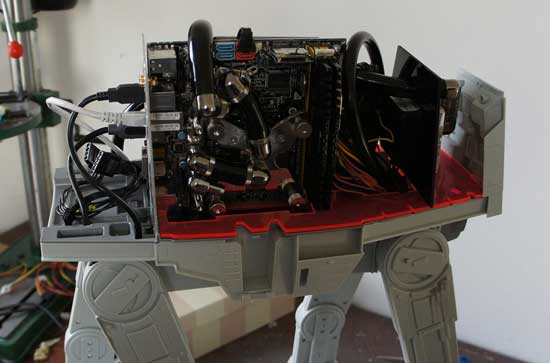 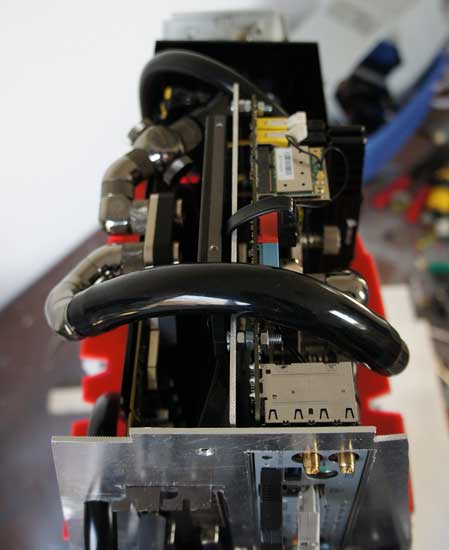 "The democracy will cease to exist when you take away from those who are willing to work and give to those who would not."
-Thomas Jefferson
Top
Post Reply
1 post • Page 1 of 1