A place for us to say thank you to our community by offering hardware contests! This is the place to be to check out and sign up for contests that Legit Reviews holds. If you don't like the prizes or how the contests are being run just don't enter and wait till the next contest!
Locked
141 posts 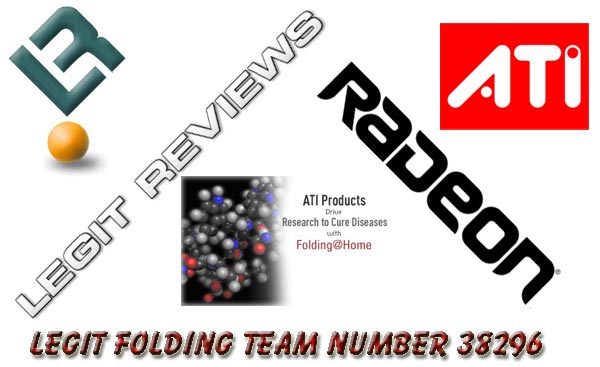 To be honest we are tired of doing contest were posts are required as it increases spam and generates pointless posts. This month [email protected] launched a new client that allows folding on graphics cards, but there is a catch. It only works on ATI graphics cards. Since we have a folding team (Team 38296) and ATI is proud of their [email protected] support, we asked ATI if we can do a folding race and the rest is history. 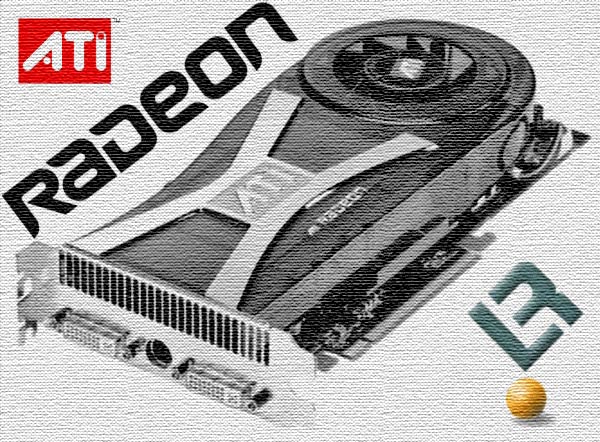 For this contest we will have two winners and I have put a lot of thought on how to pick the winners.

The Grand Prize will be the ATI Radeon X1950XTXand will be given to the folder that has the highest points per per CPU. To find this score we will take total points divided by the number of CPU's folding under that account. To win this graphics card you'll have to worry about having the most powerfull systems running under your name and not the number of machines. The grand prize retails for $479.99!!!

The runner up prize will be the ATI Radeon X1900XT 256MB graphics card and will be given to the member who has the highest point total during the contest. This prize retails for $279.99!!

The contest officially starts on Tuesday October 10th at 12am. This is gives everyone a week to get their plan of attack worked out and get their system(s) up and running for the team. From October 10th to October 30th we will record points for the entire team for those 20 days and on October 31st be mailing out two kick ass ATI Graphics cards to the winners of both categories.

For those that are joining the team for the first time you can find the [email protected] software here and be sure to enter team number 38296 for the team ID for it to count. I'd highly suggest making some new threads in the folding forum as finding out what others are doing might help out your point total.

This contest is open for all those around the world, but Legit Reviews will only pay shipping. If your country taxes items coming in those are the responsibility of the winners. If the same person by chance wins both thry will have his/her pick of cards and the next card will go to one of the runner ups.

Rule Update: Staff members of Legit Reviews and all other review sites are exepempt from this contest. If you feel that you should be the exception to this rule please feel free to PM me and ask. This contest was put on to reward our folding members not for other sites top folders to come in for 20 days and leave after they clean us out.
Last edited by Apoptosis on Thu Oct 05, 2006 7:03 am, edited 5 times in total.
Top

reserved space to announce the winners...

Good luck to everyone and feel free to post questions and comments here on this thread.
Top

Any users that are new to [email protected] and would like a how to as to how to set it up, or need additional help, for say tweaking etc. Do not hesitate to PM me or hit me up on AIM. We also have a forum, where most of our active [email protected] memebers spend a lot of time. http://forums.legitreviews.com/viewforum.php?f=16

Anybody that joins the team because of this contest, we hope you stay and contribute for the long term to this worthy project. We are a small but up and coming team.

As you can see there is at any time 20-25 active members so the odds are in your favor.

And remember only BORG (install [email protected]) with permission. Stanford does not condone borgs that do not have permission and will wipe all your stats if you do so. It has been done in the past so don't think it won't happen again.

For those who don't know what [email protected] is please go here http://forums.legitreviews.com/viewtopic.php?t=773

Haha I love that my other computer has still been folding for a forever ;)

18th ranked. Now i need to get the rest of the systems going.
Top

Werewolfdaddy is ranked #18 for us

I look forward to the world of Folding with ATI!

I'm so on this like white on rice.
Top

for me its you guessed it dicecca112

This is a really great contest. I admit that I do not currently fold but I have been planning to build a new machine and turn the old one into a dedicated folding machine. I will not be able to do it in time for this contest but that is neither here nor there.

Jarlax, Still feel free to start folding and by the next folding related contest I'm sure you'll have the new rig up and running!
Top

Ah, highest points per CPU? Highest point in total?
With the 2 slow computers that I have I already know that I lost, that's for sure :p
I'll make one of them fold for LG nonethless. GL HF!
Top

got friends? Get them to fold. Go for highest points.

my folding ID is Bubba069
Top

count me on this one.

i will figure out how to run two instances on my 165 when i get home.
Top

Nice contest, but prizes will go to those with [email protected] farms... no chance for the little guy this time, I'm afraid

But good luck to those who enter ;)
"Who' doing what now?"
Top


The Grand Prize will be the ATI Radeon X1950XTX and will be given to the folder that has the highest points per per CPU. To find this score we will take total points divided by the number of CPU's folding under that account. To win this graphics card you'll have to worry about having the most powerfull systems running under your name and not the number of machines. The grand prize retails for $479.99!!!

The runner up prize will be the ATI Radeon X1900XT 256MB graphics card and will be given to the member who has the highest point total during the contest. This prize retails for $279.99!!

This is actually biased towards the little guy. See you have more control over tweaking of your system so you can overclock, tweak the bejesus out of your system. and get better numbers, where as an uber guy is most likely stuck with corporate borgs or stuff that he doesn't have control over. So he's only get a best stock numbers, were yours can get much better.
Last edited by dicecca112 on Wed Oct 04, 2006 10:43 am, edited 1 time in total.

tomato wrote:Nice contest, but prizes will go to those with [email protected] farms... no chance for the little guy this time, I'm afraid

But good luck to those who enter ;)

I took this thought to heart and that is why the grand prized is based off points per CPU and not the total number of points!

If another person had 1 CPU and folded 10,200 points for the month they would win the grand prize as it's points per processor.

Like Dicecca112 said this is biased to the small guy for the grand prize, but I did it that way so individuals like you would want to fold! The person with the most points period will walk away with the X1900XT 256MB graphics card and yes, that will likely go to someone with a folding farm or a ton of friends.
Top
Locked
141 posts