Forum for all the nVidia video cards from the past, present and future!
Post Reply
9 posts • Page 1 of 1

Galaxy showed off the first known dual Fermi card here at Computex 2010. The little bit that we know is that the card comes with an eight phase VRM plus two others phases for memory. No price or ETA was given but the card looks very close to being complete. We can't wait to see this bad boy in action! 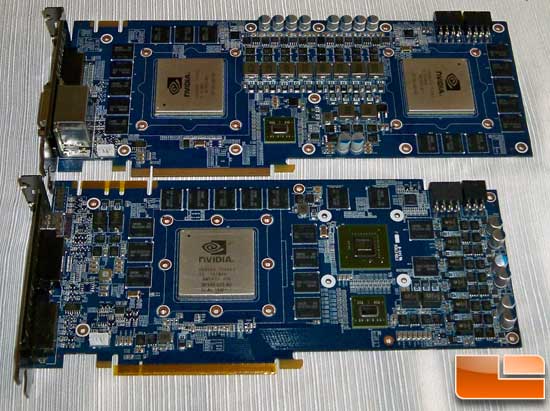 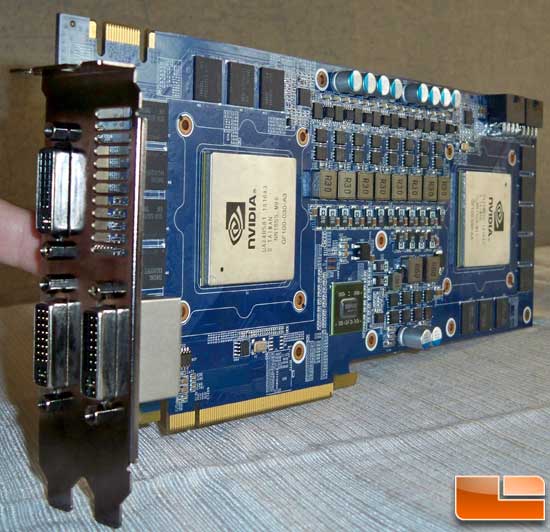 Founded in 1994, Galaxy has grown exponentially in Hong Kong, Southeast Asia, China and Europe. After years of private labeling for many tier one brands in the US; in 2007 Galaxy entered the US etail and channel market. As consumer demand increased Galaxy entered the retail space in 2009 to help further distribute their aggressively priced high quality cards. Galaxy offers toll free 24/7 US tech support and 2 year warranty. For further information about Galaxy, visit http://www.galaxytech.com

I'm frightened at the power consumption of this
-Austin

I'm more worried about the heat output.
There is no theory of evolution. Just a list of animals Chuck Norris allows to live.
Top

It seems to me that monster should have a separate enclosure with fans and even it's own power supply. Have it set on your desk and then connect it to your computer thru some sort of cable connector.
Top

vbironchef wrote:It seems to me that monster should have a separate enclosure with fans.

That is called the Thermaltake Element 5 case: 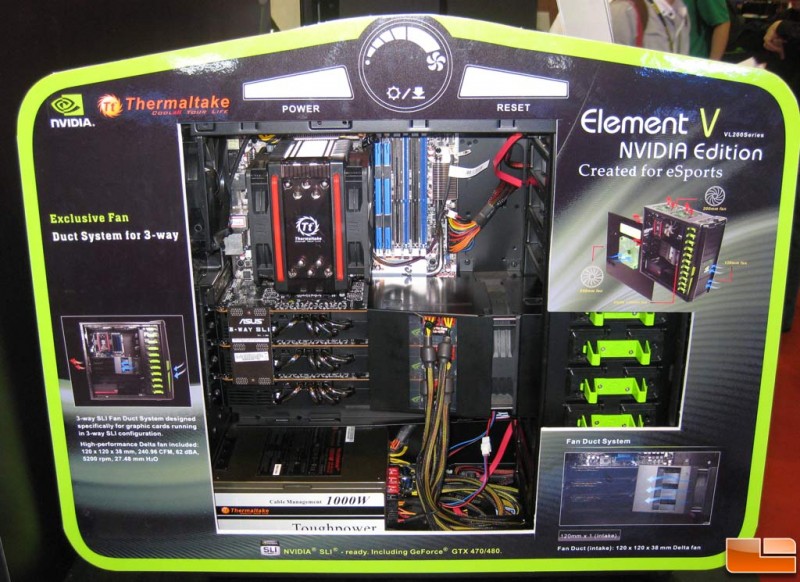 Air is sucked in the front bezel, directed down a tunnel with a fan and straight to the video cars and then routed straight out the case... Now that is what I call a fan duct!
Find us on Facebook to discover the faces behind the names!
Follow Me on Twitter!
Top

The HAF X has the same duct setup as well.
"The democracy will cease to exist when you take away from those who are willing to work and give to those who would not."
-Thomas Jefferson
Top
Post Reply
9 posts • Page 1 of 1