Forum for all the nVidia video cards from the past, present and future!
Post Reply
4 posts • Page 1 of 1

I ran by Best Buy again today and guess what I spotted now... An NVIDIA GeForce GT 430 video card a week before they are supposed to be out for sale according to the rumors. 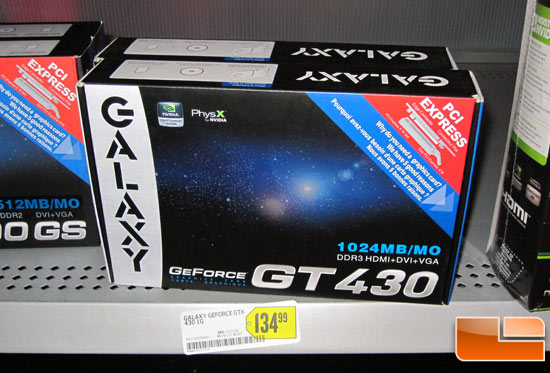 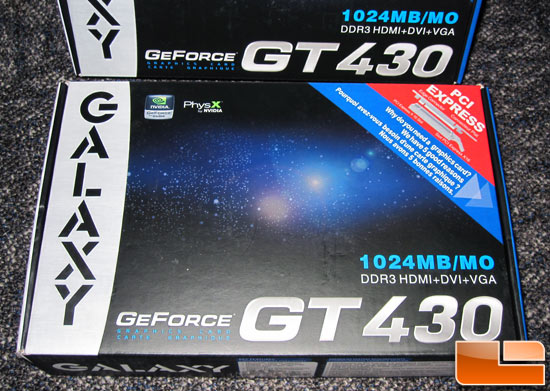 Here is the front of the Galaxy GeForce GT 430 graphics card Box. The GeForce GT 430 has 1GB of DDR3 memory on it and the box says that it runs on a 128-bit bus. 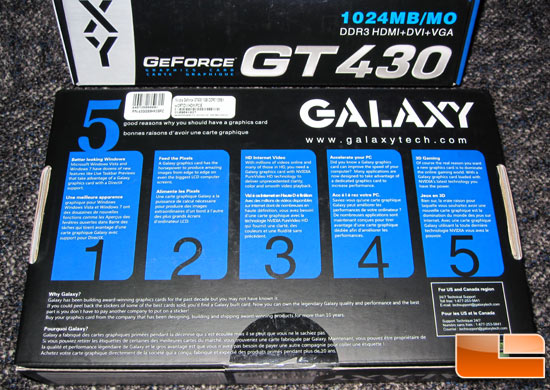 The label on the back of the box gives a part number of 43GGS8HX3SPZ in case you are curious.

Here are some basic specs... You can see that the NVIDIA GT 430 requires a 300W power supply.
Find us on Facebook to discover the faces behind the names!
Follow Me on Twitter!
Top

you can also get a GTS 450 for cheaper on newegg... that price is just for bestbuy, the corporation which makes a living off ripping everyone off on everything
-Austin