by Dragon_Cooler
This has been my dream laptop since I first heard it was being built/released. It was everything I wanted in a notebook; Thin, Lightweight, Gigabit, Optical Drive, and of course a Thinkpad. Lenovo certainly did deliver with this rock solid piece of awesome! Sure its not pretty like the macbook air, but damnit it has the Thinkpad keyboard and more than what the air has to offer. Lenovo ran a black friday special on the x300 and I could not yield to the impulse buy with $300 off. A week later I got my new baby! 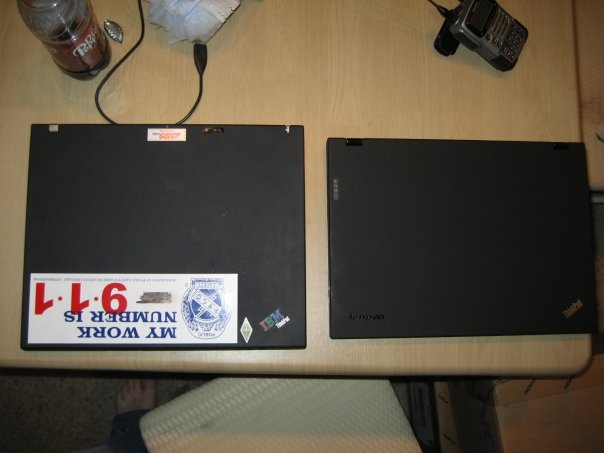 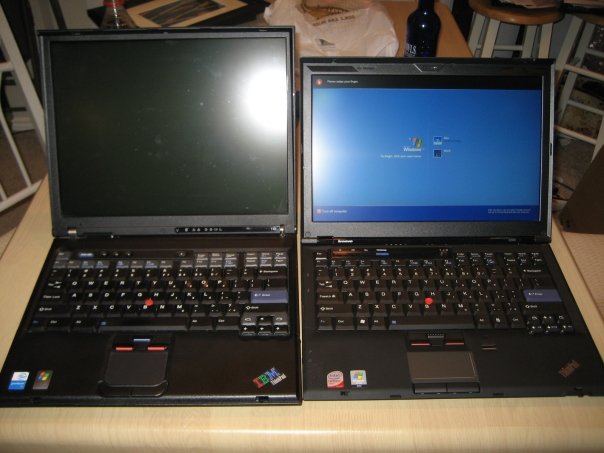 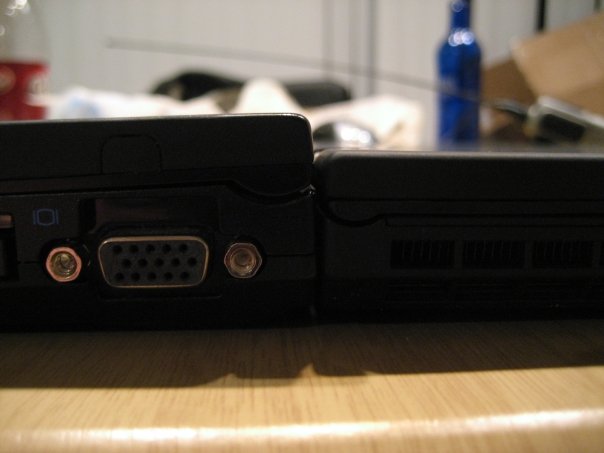 (Im loosing the battle at linking and attaching pictures. I am going to have to find a new gallery server module, damn you gellery2. ERRR More pics can be found at http://pics.whatthefogt.com/main.php?g2_itemId=6823)

I just cant believe how thin and how friggin light this laptop is! That, and how eerily silent it is. When i first powered it on was expecting something, but since it has a 64GB SSD drive there was nothing, no noise. Occasionally the CPU fan comes on, but you can barely hear it.

Its kind of funny, im still not use to having a SSD drive, I still pick the laptop up easy and set it down easy and keep having to remind myself its ok to be a little more rough on it. as far as gaming on the x300 goes, I have yet to test it out. It has an integrated

x3100 Intel chipset, however I read one review that a person installed steam and ran counter strike source on low settings. Which is fine. If it can do that I will be fine. If not meh. This is more for work than gaming. That is what my tower is for. Overall I love this laptop, even if i am having to get a good deal on it for the next 6 months. LOL

by DMB2000uk
I guess I like styling over functionality, as thinkpads just don't appeal to me.

Looks very small and portable though

by martini161
i have a thinkpad t-42 like the one you have, and although i do really like the keyboard, i still dont like rubber dome keyboards no matter how nice they are. i recently got a newer mechanical one (ABS m1) and every keypress brings back memories of my old imb

god i miss that thing, i knew all her special places

DMB2000uk wrote:I guess I like styling over functionality, as thinkpads just don't appeal to me.

Looks very small and portable though


They deff arent stylish, that is for sure. IBM's are like the Motorola radio of laptops. They may not look pretty, but they get the job done and done right without a worry of being borked. LOL Its an acquired taste I guess.

by hercules71185
my gf's family got her a think pad. Travel mate with a P4. Back then it was awesome. But, you see she didn't use it for over a year and a half because she thought it was a POS Brick. Sadly that thing was sturdy, decently quick, and water resistant. I wouldn't submerge yours. But, it did get wet and work. The thing that took it's life..... melted motherboard. I smelled something burning and apparently the cpu melted the mobo.. The fan stopped turning was the later diagnostic.

Is it anything like the old one in regards to a space heater? My room was typically around 70F and after an hour or so with this heat box. It would be warmed up to 94F. My powerbill was $1984 at the least because of this. The ac cooling, the thinkpad.. thinking and generating heat. I guess up north in the winter this is good.
All times are UTC-06:00
Page 1 of 1
Powered by phpBB® Forum Software © phpBB Limited
https://www.phpbb.com/