Every now and then I get an issue where the mouse pointer doesn't render correctly and only on one monitor. Some times if I close all programs it starts working, others it seams like it has a mind of its own and works when ever.

I have removed all drivers and re-installed them, problem sticks.
Switched cables/monitors around and problem sticks with the port.

Card on its way out??


Here is an image showing what I am seeing. 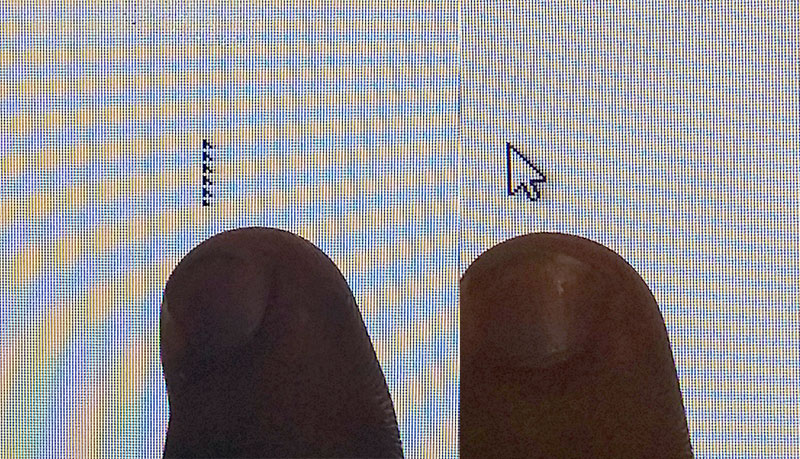 by KnightRid
Try changing the cursor to a different shape and see if it still happens. I would also say to try redoing windows (I know, I know, I hate to even say it but Windows screws up so much it has to be said).

Maybe it's a GHOST cursor

by bubba
Just think its odd that is only on one side, and no consistency on what makes it happen.

I hate computers some times

by Apoptosis
never seen that before.

Bring it over if you want me to try it on the test bench for you.

by bubba
Think maybe sometime next week I will pull the card out and run off the motherboard and see if it comes back.
All times are UTC-06:00
Page 1 of 1
Powered by phpBB® Forum Software © phpBB Limited
https://www.phpbb.com/