by Apoptosis
We were lucky enough to get our hands on the upcoming Sony PlayStation Vita that we first saw at the 2011 E3 Expo. The Vita is Sony’s latest handheld device which should be hitting the market sometime this Spring that features a 5-inch multi-touch OLED screen. The Vita is designed for chatting and next-generation multiplayer gaming. With a multitouch pad on the back. forward and rear facing cameras, and the ability to connect to the internet via Wi-Fi or 3G connection, the Vita is certainly a step up from its older brother the PlayStation Portable (PSP). Official pricing hasn’t been announced, but should start around $250. 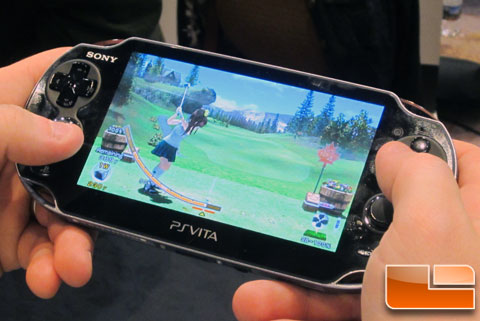 by zach
Very trendy; probably all game addict will swoon on this….i will just wait for price to drop down.XD
All times are UTC-06:00
Page 1 of 1
Powered by phpBB® Forum Software © phpBB Limited
https://www.phpbb.com/