Discussion about Intel CPUs and overclocking. Need help with that new Intel processor? Not sure which one is right for you? Like to void your warranty? This is the place for you! Please keep the topic on Intel Processors!
Post Reply
9 posts • Page 1 of 1

Intel plans to launch new desktop PC processors while reducing some models' prices in April, May and July this year. Average price reductions will be around 10-20%, according to sources at motherboard makers. 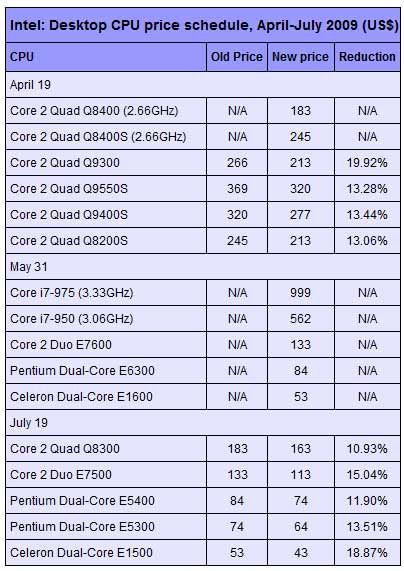 I've come a long way from that original Core2Duo build y'all!

just remember it takes money to make these processors! Intel is spending $7 billion on new fabs in the coming years and had at one point over 100,000 employees around the world... The amount Intel spends on R&D and to keep the best engineers on payroll is huge... If they don't make a profit they wouldn't be able to do what they do!

Notice Intel doesn't need bailout money and is one of the largest corporations in America... More power to Intel for having done things right and learning that you have to have a profit margin from day one.
Find us on Facebook to discover the faces behind the names!
Follow Me on Twitter!
Top

aircommando13 wrote:Yea if you think about how much technology is packed into that little processor, it's not expensive at all