Discussion about Intel CPUs and overclocking. Need help with that new Intel processor? Not sure which one is right for you? Like to void your warranty? This is the place for you! Please keep the topic on Intel Processors!
Post Reply
8 posts • Page 1 of 1

So I think it's finally time that I get a quad core instead of a duo, but I'm concerned about heat in my APEX MI-008 mini ITX case! There's only about 40mm of clearance for a cooler, so I'm absolutely stuck with the stock Intel low profile HSF.

Would this make a Q6600 CPU overheat? I also have two 80mm fans blowing on the heatsink, mounted on the side of the case. (see pictures) 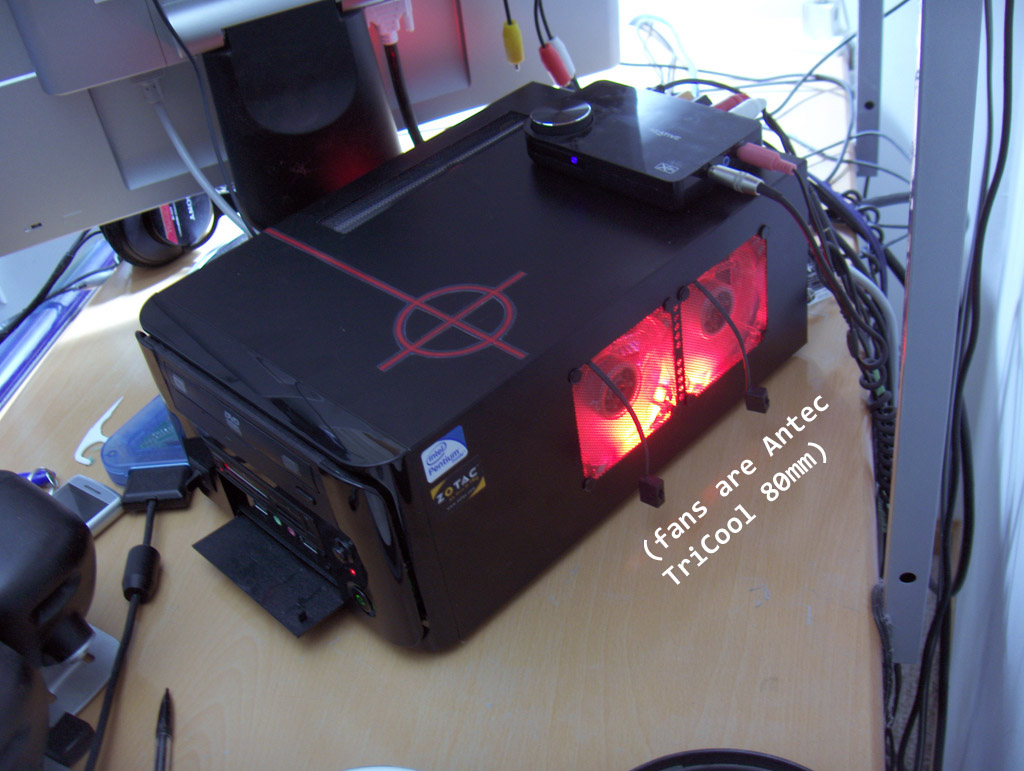 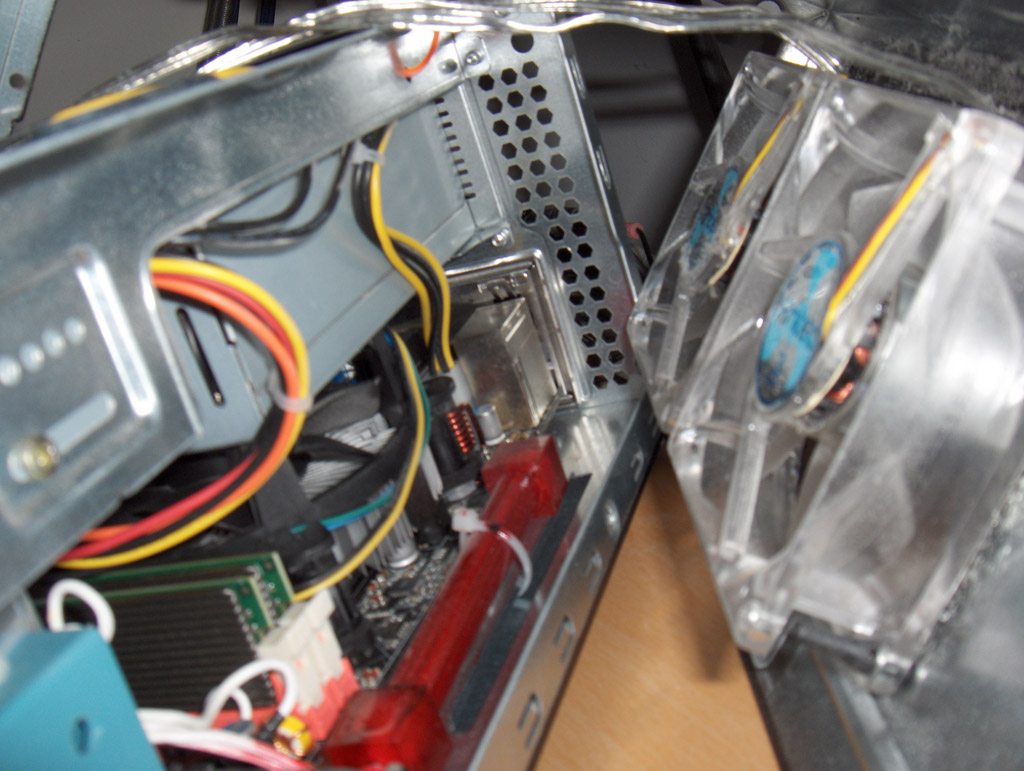 To me it looks as if it would be fine, just don't overclock it. If you're that concerned about heat, then just undervolt it at stock speeds and that will lower the temps even more.
I have a Q6600 at 1.1v and it is cool and stable at 2.4Ghz using the stock cooler.
Be sure to activate C1E and turn speedstep off. Your other option is to leave the vcore at auto and enable both C1E and Speedstep.

I would replace the tricools with a higher quality fan. the tricool is the stock case fan that is in most of my cases and i have been replacing them left and right as they freeze up.

Or you could just nix your optical drive, get a USB DVD-RW, and get yourself a decent cooler

Thanks for the feedback! So it looks like it is at least a possibility.
It looks like my overclocked E5200 has an 84w TDP according to PSU calculator pro. Does that mean the Q6600's 85w TDP would produce similar heat? (e.g. the E8400 claims a 65w TDP but consumes more power than other 65w C2D's at load)
ibleet, you mentioned turning on or off C1E and speedstep, how are those changed?


If you're that concerned about heat, then just undervolt it at stock speeds and that will lower the temps even more.

I haven't updated the BIOS in a few months though, so I'll do that tonight and see if they added that feature.


Or you could just nix your optical drive...

That's the power supply that's sitting on top of the heatsink xD I believe I measured 40mm clearance when I was installing the stock Intel HSF, and the only aftermarket coolers I've found have been 46mm and up. x_x


I would replace the tricools with a higher quality fan.

BTW I put a 22 ohm resistor on both to slow them down and they're almost always turned down to low, so should that be sufficient to keep them running? I mainly picked them because I had nowhere to put a fan controller in the case, so being able to flick the switch to high and low is extremely handy

sircanegiem wrote: ibleet, you mentioned turning on or off C1E and speedstep, how are those changed?

From my google search on the matter:

You can also try this site if you need additional help.
Top

Thanks, wasn't sure if they were BIOS features or not

I'll take note of that and maybe grab a quad core next week, after I convince myself that it's worth it

BTW I checked the BIOS and still no luck on undervolting. Zotac should know that HTPC boards need undervolting features D:
Top

Ya, I am sorry but I've never had or worked with Zotac boards/bios before. Normally in the tweaking section of any bios, you have the option to manually set your voltages, whether it be to over or under-volt your components. Good Luck.
Top
Post Reply
8 posts • Page 1 of 1