Discussion about Intel CPUs and overclocking. Need help with that new Intel processor? Not sure which one is right for you? Like to void your warranty? This is the place for you! Please keep the topic on Intel Processors!
Post Reply
1 post • Page 1 of 1

We're still an estimated five to six months away from Intel's launch Ivy Bridge, a platform which is expected to offer slight improvements over Sandy Bridge in terms of performance, although it should improve power efficiency and graphics performance quite significantly. However, Intel's 2013 platform code named Shark Bay has now turned up on some quite detailed slides online and it has some interesting new features on offer as well as yet another performance bump.

There seems to be some changes going on at Intel with regards to platform names, as in the past, Intel has gone for different platform code names for its mobile and desktop offerings, but Haswell's platform for both mobile and desktop appears to be called Shark Bay, whereas for Ivy Bridge we're looking at Chief River and Maho Bay for the mobile and desktop platforms respectively. As you can see from the slide below, we're still looking at no more than four cores for Intel's consumer platform which suggests that Intel isn't really about AMD catching up any time soon.

Although Haswell is a new "core" or a "tock" as Intel likes to call it, unlike Ivy Bridge which is a 22nm trigate version of Sandy Bridge or a "tick", Haswell will actually be very similar to Ivy Bridge at least in terms of the manufacturing process, as this is also a 22nm trigate part. Haswell will use the LGA-1150 socket for desktops and either rPGA947 or BGA1364 for notebooks as we reported a few days ago. The biggest change that we're seeing beyond the new core is a move to multi-chip packaging for the ultra-low Voltage segment, which Intel appears to have unified into a single ULT SKU (we're not sure what the T stands for) instead of the long running ULV and UL SKUs. This will make the ULT models Intel's first single chip performance processor, but more on this a little bit later. 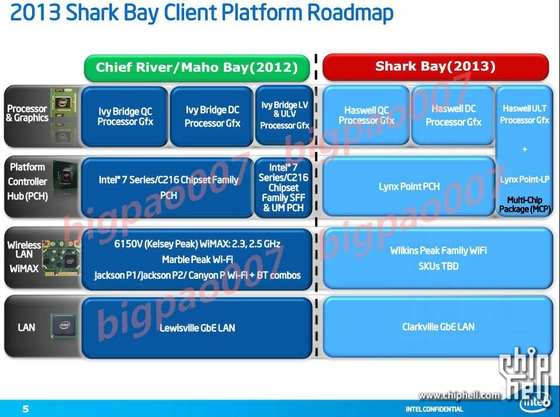 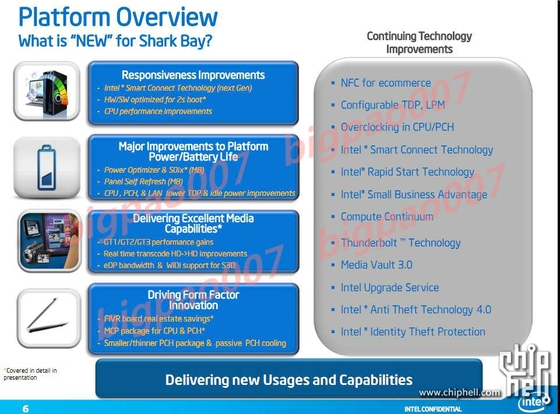 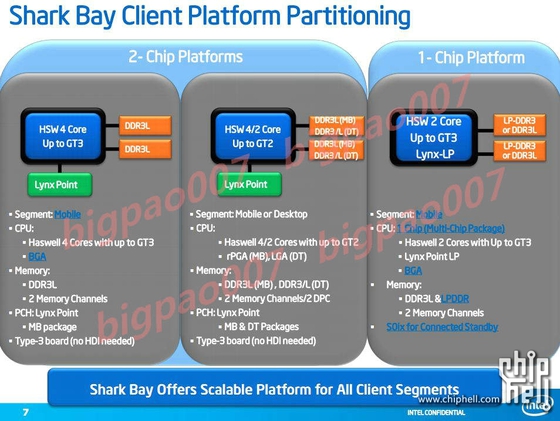 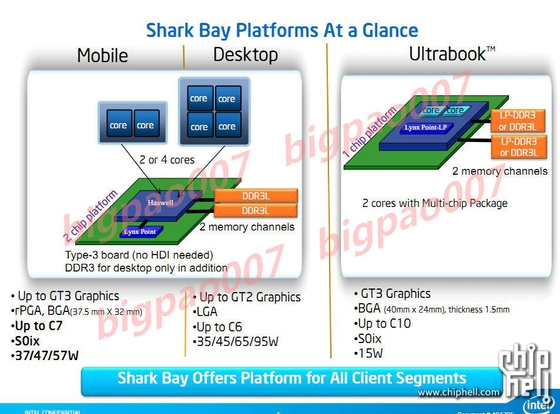 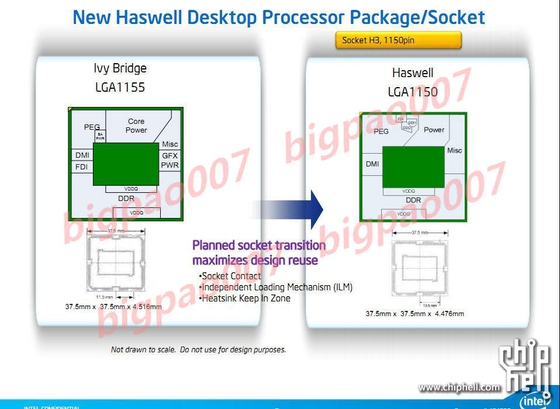 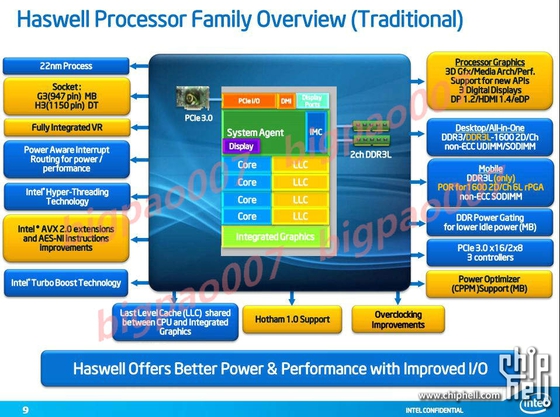