ASUS has prepared a new motherboard that is based on the NVIDIA ion platform. The ASUS AT3N7A-I comes with an Intel Atom 330 processor and is designed on the standard size mini-ITX form factor. 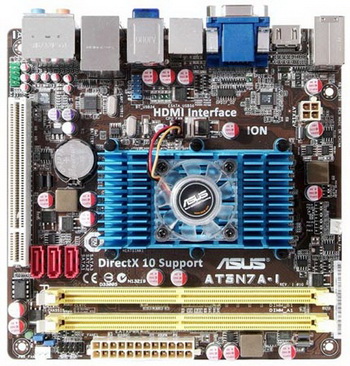 The motherboard includes the dual core processor Intel Atom 330 that features a core clock frequency of 1.60GHz, dual channel DDR 2-800 memory support, Gigabit LAN, Bluetooth, 8-Ch Azalia Audio, eSATA and three SATA headers. The graphics is handled by the Ion part of the boards, which is a GeForce 9300 GPU, that supports DirectX 10.
The board also supports PCI slot, D -Sub and HDMI. The board also features solid-state capacitors and all that stuff you'd expect on a high-end desktop platform.

The ASUS AT3N7A- I A330 motherboard is rumored to cost 112 Euro and will appear by the end of this month, which is $160 US with the current exchange rate.
Find us on Facebook to discover the faces behind the names!
Follow Me on Twitter!
Top

Why not a PCIe slot instead? I can't think of anything on PCI that you can't get on a PCIe card.
Top

gwolfman wrote:Why not a PCIe slot instead? I can't think of anything on PCI that you can't get on a PCIe card.

I hear you, but remember NVIDIA Ion boards like the Zotac have no expansion slots and cost much more: 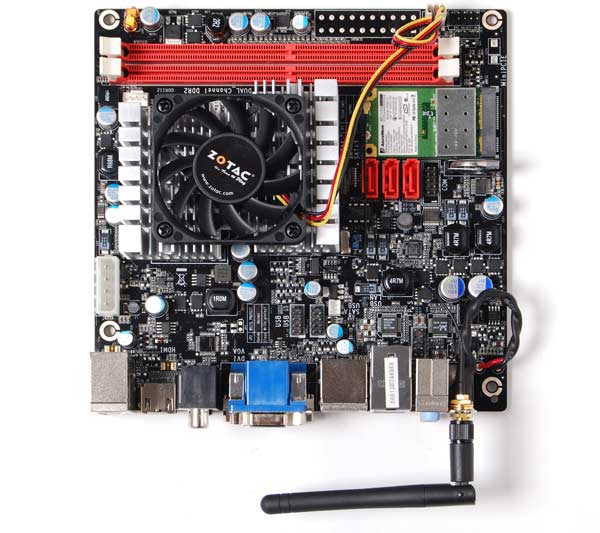 The Zotac ION MB has a Mini 1x PCIe slot you could probably use for something other than WiFi if you really wanted. But neither of the mITX G9300 HTPC builds I've done needed any add on cards (nor do I have room for them).
TooT! TooT!
Top
Post Reply
4 posts • Page 1 of 1