This is the place to discuss the latest computer hardware issues and technology. Please keep the discussion ON TOPIC!
Post Reply
26 posts

Was given one of these yesterday meant to work, but from my googling i have found that it only works witha striker 2 motherboard? is this correct?

They're the PCIe sound card right?

I presume you've already tried running it with no success?

Did you try using the drivers from the Asus site for it?

I found some audoi drivers for it from the asus website looks like the SupremeFX 2 came out with several motherboards as the audio device, im pretty sure it came off a Striker 2 Extreme or something, but when i tried the drivers they came up with error. Ill see if i can score the board too but the only problem i know with the board is that it has watercooling for the North and south bridge, and that leaves me with the question of do i have to water cool it??
Main Rig: C2D 6850 @ 3.0Ghz, 2Gb DDR2667Mhz @ 833Mhz 5-5-5-15 Timings , XFX xXx 8600GTS @ 730/2260 , Gigabyte Ga-945GCM-S2L
JukeBox: Currently in an Upgrade but im too lazy to do it at the moment
I² keepin it real
Top

Try this... Install the card then go to Windows Update and see if they have a driver for that piece of hardware. After it installs the drivers then you can try to install ASUS' software for it.
Top

I jsut tried what Major A said and it didnt work, its not even recognised in hardware monitor 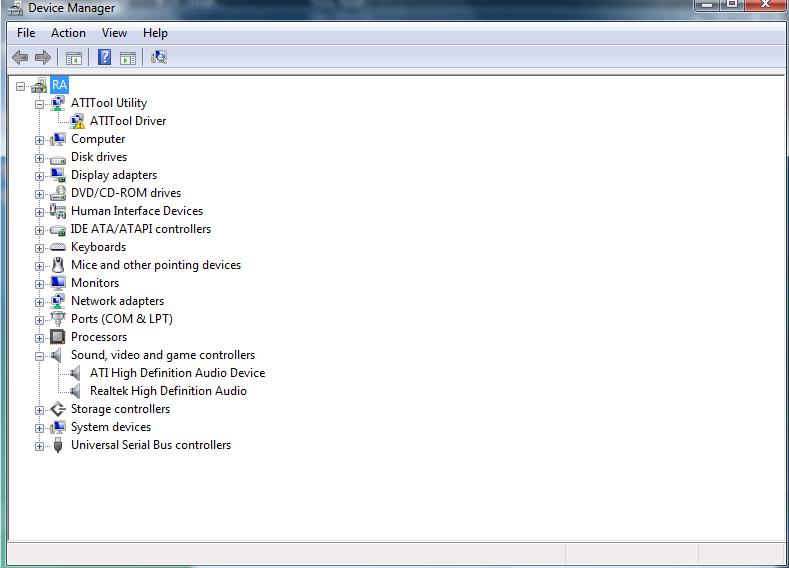 Does it a) need power, b) work in the rampage board?

Seems really strange that it doesn't show up at all in a different board. I can't think of anything else to suggest/check.

Maybe he gave it to you because it's broke? Even if you can't get the drivers/software installed it should still show up in the Device Manager.
Top

Ya I'm stumped on this one also. I once had an AM2 Crosshair board with a Supreme FX card. The drivers were on the disk, but I never once tried to install the card on another board...

I'm thinking it may be faulty also.
Top

WEll let me tell you the story im about to run into some PC stuff.
A friend of mine had a nephew inherit 150k after about a year he blew it all and committed suicide due to no more money, now he has Two striker mobo's a kick ass watercooled pc WITH 1000gb of Porn and not much else, the thow striker mobos where on the groud, one with a pulled CPU and the other with the cpu id assume the boards are dead that so is teh Q9550(?) we also picked up 6 sticks of DDR3 ram up of the floor that was scattered around.

That is a horrible story.

Money can do a lot of good when in the right hands, but unfortunately, we also see what it can do in the wrong hands.

Ok i now have the board to play with a q9550 and 12gb of DDr3 ram aswell, the baord is a Asus Striker || Extreme, now i am left with one question, since the board came standard with watercooling on the North Bridge, do i have to watercool it or do i have to find another north bridge sink??

Water cooling is optional. Keep it the way it is and air cool it.
Top

It'll run with just the 4 pin, if you look on the picture you posted, there's a plastic cap covering half the 8pin connector, stick the 4 pin in the open side (even though the plastic cap more than likely won't be there on the board you have so use the picture for reference).

PS. NB will be fine on air, just make sure that area is well ventillated, and don't do any crazy overclocking

It'll probably only fit on one side anyway.
Multiple Exclamation marks - The first sign of an unsound mind.