A place to rant and rave about all the current gaming titles!
Post Reply
33 posts

This HD DVD player connects to the Xbox 360... Can this player be directly connected to a PC via the USB cable and still function? Just curious...

I know the XBOX 360 is required... but couldn't one make a software hack and use a PC video card to serve the same function as the XBOX 360?

For $199 and a HTPC it would be reasonable... Anyone tried this in here?
Top

Its been done before, can't remember if you need special drivers from somewhere or not.

This is how I currently watch HD-DVD movies on the 46" HDTV ... I have the MS HD-DVD drive attached to my laptop ... which in turn is attached to the television via DVD-D. The laptop has a 7600GO chip which has no trouble decoding the stream. I use AnyDVD to go around the HDCP protection, but thats only required for Digital connections, analog is open. The drive will install itself in XP or Vista via a driver which is automatically downloaded from Windows Update OR you can use the driver floating around the net. Picture quality is fantastic and you can also use to drive to copy data directly from the disc to your HD. Its still encripted, but if you need to move it you can. Any other questions let me know ... I've done a fair amount of research on this one ... oh lastly ... you need either PowerDVD Ultra (currently @ v7.3) or WINDVD to play the movies ... I prefer PowerDVD as out of the two it runs much much better for me on my setup

Yeah seems like you have to have a HDCP-enabled graphics card if you want to use an HDMI output...

looks like i need to tinker around with some things, but looks like it's worth a shot.
Top

Apoptosis wrote:Yeah seems like you have to have a HDCP-enabled graphics card if you want to use an HDMI output...

looks like i need to tinker around with some things, but looks like it's worth a shot.

Here is a cable:

how does that work?

My laptop has mini optical out for audio so I use that to a DD Reciever ...
Top

Yah, sound goes over HDMI so you'd have to come up with another solution for audio. I know on my Samsung DLP there is a stereo input plug next to the DVI plug (for a PC setup). If that's not available then why not run a line from your lappy that splits into RCA's and run that into the set? Not sure how well that would work, just a thought.
I would never die for my beliefs because I might be wrong.
~Bertrand Russell
Top

If you're planning on using an HTPC then simply use the SPDIF or optical digital (toslink) on an expensive or inexpensive audio card ... it really doesn't matter which, all you need to do is get the encoded digital out ... surely someone with a large HD tv also has a digital reciever? ... In fact more and more tv's that we sell at my store have a digital audio in for audio ... I can't think of a single person I know who actually uses HDMI for audio ...
Top

My notebook doesn't have anything other than a 3.5mm jack for audio and there is no such thing as a ExpressCard Sound Card, so if I wanted to do this, I think I'd be screwed. Unless of course the 360's HD DVD player had a separate audio output..?

But yea, I personally don't even bother with standard audio anymore. I have my 360 hooked up via an optical cable, and my TV via SPDIF.
"Bow down before the one you serve! You're going to get what you deserve!" - |\| | |/|
Top

I have an xbox 360 hd-dvd player hooked up..runs nicely too...there is one file thats needed...plus microsoft update will download the driver for it as well....was too out of it from long day at work to read everything lol so sorry if i made a point that was already made

I took the plunge 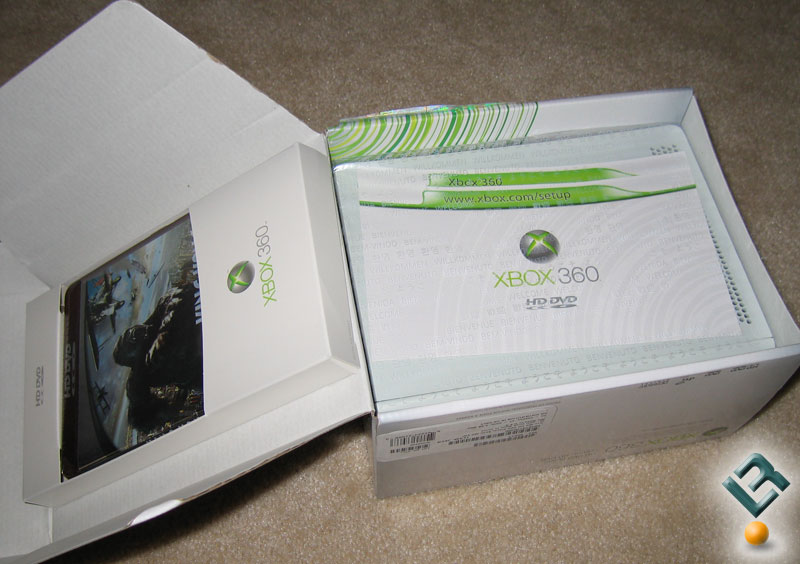 AnyDVD HD will nullify the need for HDCP compliant hardware

Also for a laptop without SPDIF ....

Interesting. I've been tempted to grab an external sound card, but I may just stick with one of my desktop machines and use that for audio. My old server has optical out and SPDIF out, so I just may use that board and pick-up one of the el-cheapo HD video cards.


How does the player transmit audio? Does it have its own optical jack or something?


I've been wanting to grab an HD DVD player since I picked up my TV, but didn't want to hook it up to the 360 since the 360 can only produce 1080i via the component cables. There are also some sweet deals out there for the players with several free movies!
"Bow down before the one you serve! You're going to get what you deserve!" - |\| | |/|
Top

That Toshiba player only displays up to 1080i.