i've been playin it a bit, and i have had two INSANE rounds(not full game, just one round) so far that were like 3hrs+ and i was wondering how many of you here that play it have had similar situations 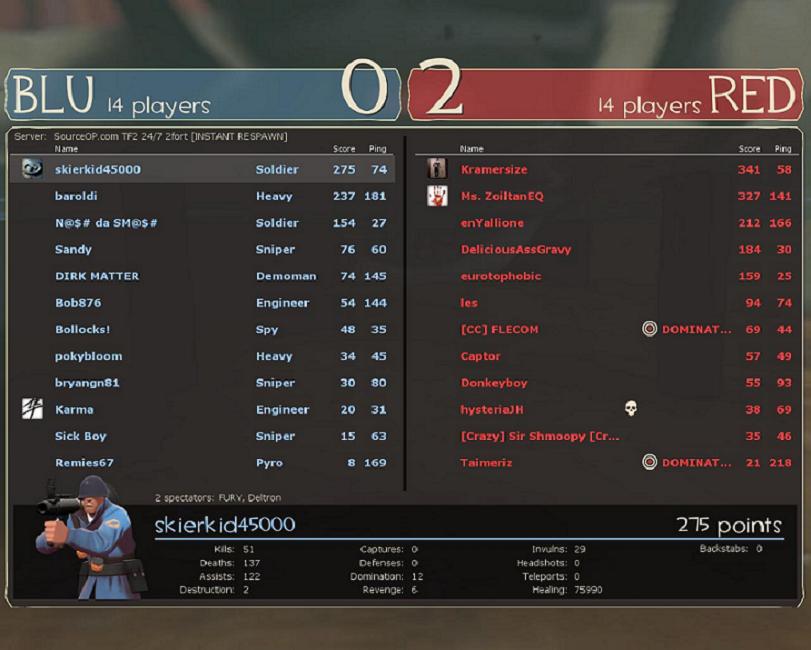 on 2fort as mostly a soldier, but as medic when needed
redicalus stats.JPG (60.29 KiB) Viewed 1913 times 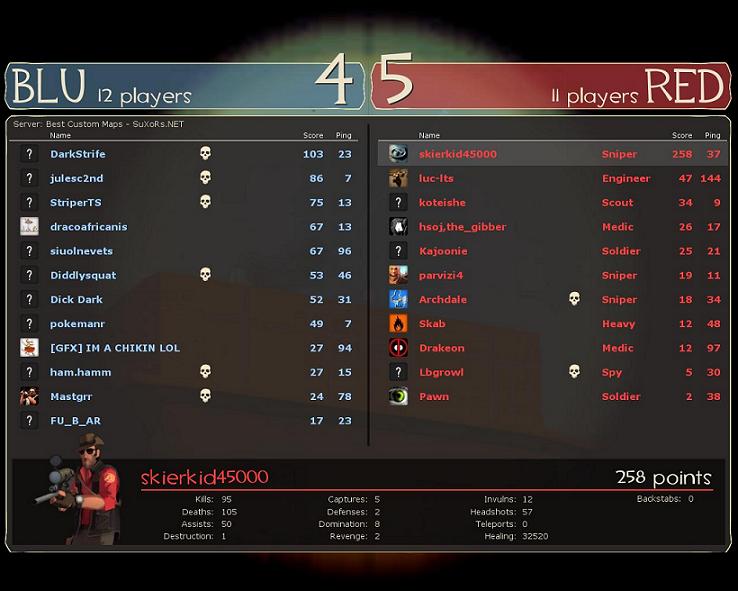 on Orange_x(custom)mostly as sniper, but as medic for a short while to win the game for my team :)
redicalus II.JPG (54.63 KiB) Viewed 1913 times

I play quite a bit too. I like Battle Crekk map best, from Halo.

I don't play for that long usually, but I like playing with the Scout, Engineer, and Pyro.
Top

yeah, well i tend to get sucked in

shrunk the screenshots a bit

skierkid450 wrote:i know there has to be more of you here that play this

I bet they're playing it, instead of posting.

If you play on 24/7 2 fort maps rounds usually last extremely long since the engees get dug in and half of each team are engaged in sniper wars.

3 hours though? that is insane
Top

then i quit
-Austin

I do play a lot, or at least use to. Right now COD4 has the better of me

check out some more freakin awesome- 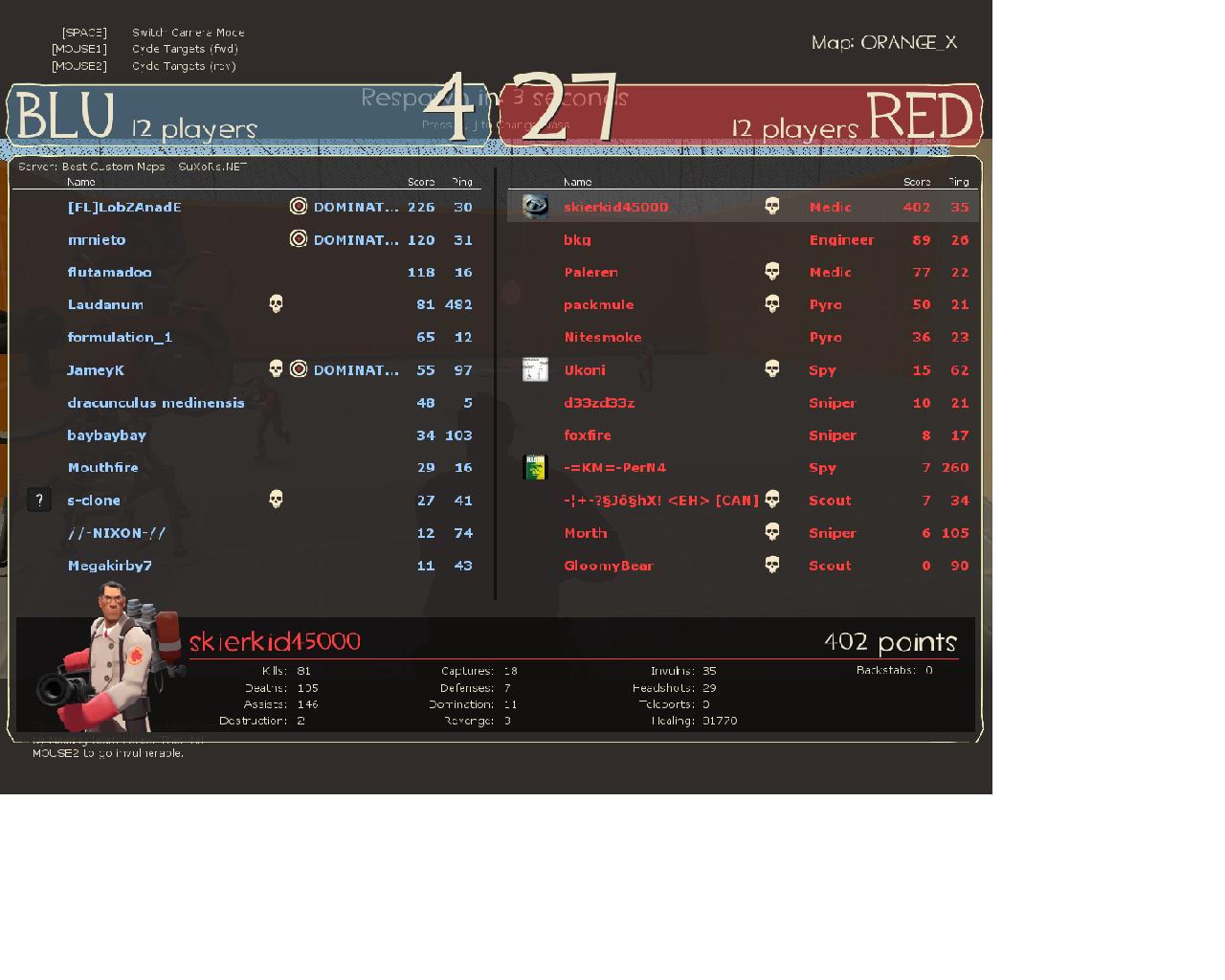 notice im dominating the top two players, and healing is 81,000, dominations is 11
-Austin