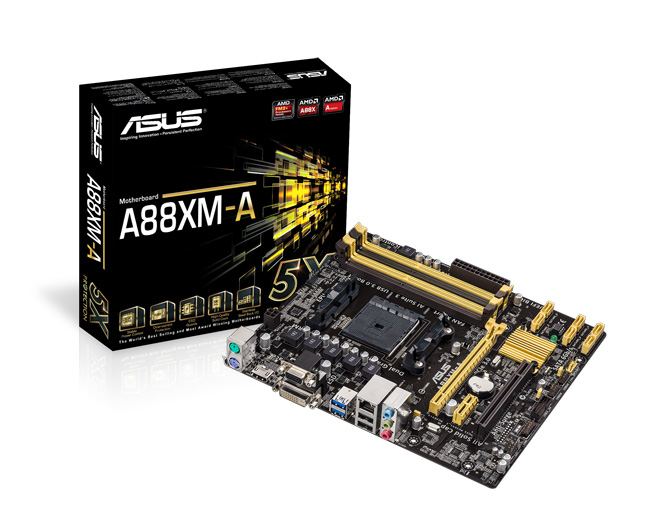 ASUS today announced the new A88XM-A and A55BM-A/USB3 motherboards, the first from any manufacturer to support new Socket FM2+ APUs (Accelerated Processing Units) from AMD. The A88XM-A with AMD A88X chipset and A55BM-A/USB3 with A55 chipset are both Micro-ATX motherboards for existing AMD ‘Richland’ and ‘Trinity’ FM2 APUs, and are hardware-ready for upcoming AMD ‘Kaveri’ FM2+ APUs that support DirectX 11.1 and PCI Express 3.0 natively.

ASUS is committed to supporting the latest in PC technology. The new FM2+ motherboards offer customers the very latest in motherboard design, with the added flexibility of both backward and forward compatibility* with AMD APUs.
Exclusive ASUS technology